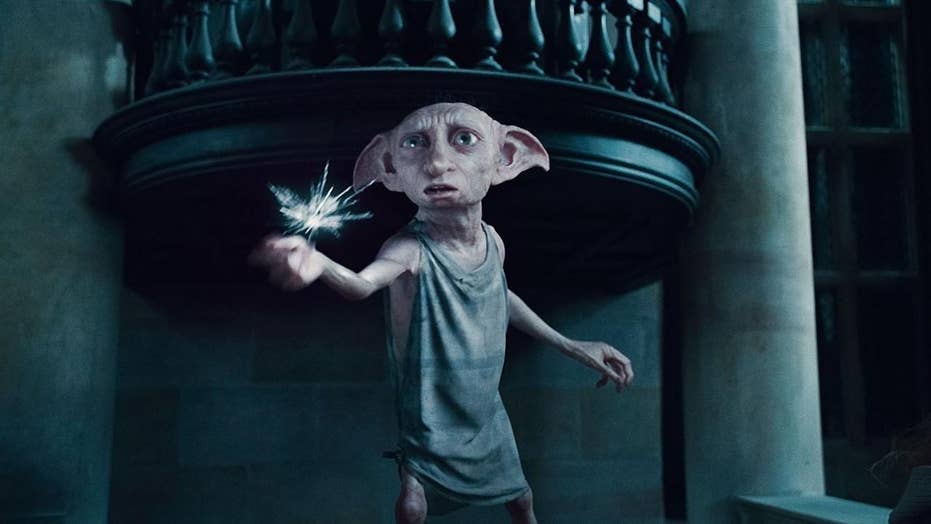 A strange video circulating online shows an elf-like creature many are saying resembles the character Dobby from the "Harry Potter" film franchise.

The short clip has gone viral after being posted to Twitter on Friday by a user who says it was put up on the Facebook page of a woman named Vivian Gomez. A security camera at the home captured the clip, which shows a small figure with skinny legs and large ears walk down a driveway and do a dance.

In what appears to be the original post, Gomez said she woke up on Sunday to see the bizarre footage.

"First I saw the shadow walking from my front door then I saw this thing....has anyone else seen this on their cameras??" she asked.

Some eagle-eyed Twitter users pointed out that at one point in the video there appears to be two shadows, and mused that someone could have created the elf-like puppet and set it off.

Whatever the explanation is, the sighting is certainly bizarre. "Harry Potter" fans were eager to celebrate a possible return of Dobby, as the beloved character who tragically died in the sixth film in the franchise, "Deathly Hallows."

Reactions to Dobby's death were so emotional that writer J.K. Rowling was moved to apologize on Twitter in 2018 for killing off the "free" elf.

"This year, I apologise for killing someone who didn't die during the #BattleofHogwarts, but who laid down his life to save the people who'd win it. I refer, of course, to Dobby the house elf," she wrote.