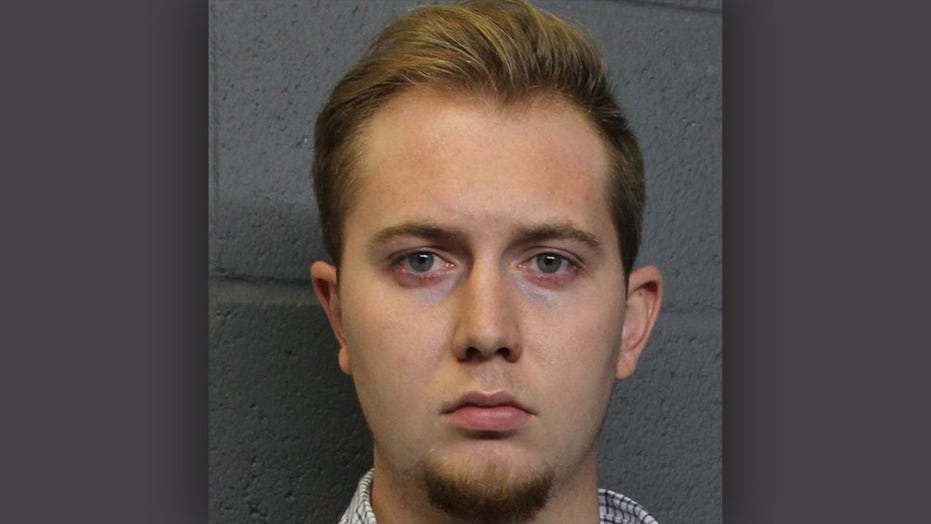 A former Georgia bank teller accused of stealing over $12,000 from the accounts of bank customers says he was forced into crime by another man who threatened to publicize the teller's affair with a co-worker, according to the Forsyth County Sheriff's Office.

Jordan Paul Jernigan, 22, was arrested on Oct. 22, in connection with the $12,500 that went missing from a Wells Fargo branch on Johns Creek Parkway in south Forsyth County, following an investigation by Wells Fargo and the Forsyth County Sheriff's Office.

Wells Fargo allegedly contacted deputies about the missing cash in late spring, according to the Atlanta Journal-Constitution.

Jernigan reportedly gained access to the accounts of multiple customers and withdrew the money in April and May.

Jordan Paul Jernigan, a former bank teller at Wells Fargo, was arrested last month in connection with the $12,500 stolen from a branch in south Forsyth, Ga. (Forsyth County Sheriff's Office)

He then provided that money to Nicholas Brown, who extorted the cash out of him in exchange for being quiet about his affair, according to the outlet.

Wells Fargo says that Jernigan no longer works at the bank but couldn't comment further due to the open investigation.

An arrest warrant has been issued for Brown, who moved to California before they could be signed, the sheriff's office told the Atlanta Journal-Constitution. They plan on extraditing him to Georgia to face three counts of fraud and theft.

Jernigan was charged with multiple felony counts, including computer crime, theft by taking, four counts of identify fraud and invasion of privacy.

He was booked into the Forsyth County Jail on Tuesday afternoon and has been released on a $17,180 bond, according to the outlet.

Jernigan told Forsyth County News that drugs and alcohol had played a role in the "mistakes" he made. He added that he has received treatment for his addictions and is now in recovery.

Investigators are currently looking to identify a female suspect they believe may have been involved in the incident, according to the outlet.