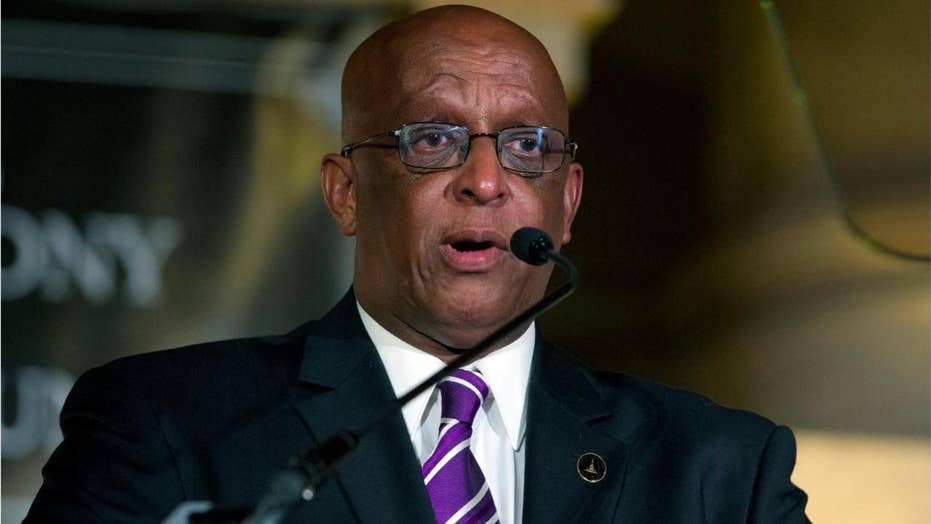 As Baltimore grapples with an ever-growing homicide rate, the city's mayor raised eyebrows on Monday when he voiced concern about a mysterious white van roaming the streets with someone trying to "snatch up young girls" — something that has been refuted by his own police force.

Baltimore Mayor Bernard "Jack" Young made the comment during an interview with WBAL-TV while discussing human trafficking. He said he had received information about a white van trying to abduct girls for their organs. It's "all over Facebook," said Young, who took office in May.

"We're getting reports of somebody in a white van trying to snatch up young girls for human trafficking and for selling body parts, I'm told," he told WBAL-TV. "So we have to really be careful, because there's so much evil going on, not just in the city of Baltimore, but around the country."

Charm City has seen at least 316 reported homicides this year, according to The Baltimore Sun. The major northeastern city in Maryland of more than 600,000 people is one of the most dangerous in America, according to the FBI.

Baltimore Mayor Jack Young claimed the city is getting reports of someone in a white van snatching young girls for human trafficking and for selling body parts, even though the city's police department said there have been no incidents reported. (Getty Images)

A spokesperson for the mayor told WBAL-TV that Young was making a general statement and not referring to any specific incident.

But the mayor did convey a message to residents in his interview with the television station, saying: "Don't park near a white van. Make sure that you look at your surroundings and make sure you keep your cellphone in case somebody tries to abduct you and call 911 right away."

The Baltimore Police Department told FOX45 that while they were aware of the posts on social media, they do not have any actual reports of incidents involving white vans trying to abduct young girls.

Baltimore City Councilman Kristerfer Burnett, who represents parts of West Baltimore and co-chairs the Baltimore City Human Trafficking Collaborative, told FOX45 that snatching from the streets is rare and that traffickers typically go after victims through relationships, drugs and other resources.

"Traffickers have many tactics that may include trying to befriend or date their victims first, offering shelter, money or food to young people not used to kindness. Parents should be aware of their children's social media and cell phone activities, and should pay close attention to older romantic partners or their children having new clothes, hairstyles, tattoos or nails that the parents themselves didn’t pay for," Burnett said in a statement.

"While forcible kidnapping does occur, it should not be considered the only form of human trafficking," he noted.

The councilman also pointed to labor trafficking, where immigrants are particularly vulnerable with the threat of deportation used to keep them working under hard conditions.

Young was in the spotlight last month as well, for saying that local leadership isn't to blame for the city's increasing homicide rate. "I’m not committing the murders," he said then.

In June at an anti-gun violence rally, the mayor advocated organized fights as a means to solve disputes without using weapons.