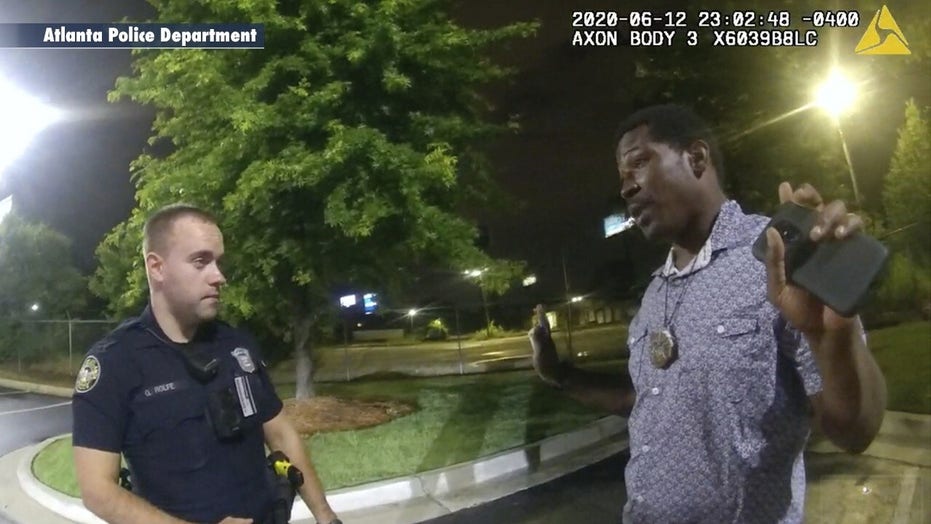 The two Atlanta police officers involved in the fatal shooting of Rayshard Brooks on Friday night could have let him walk home or defused the situation in another way before it turned deadly, a family lawyer said Monday.

Officers found the 27-year-old Brooks apparently asleep in his car in a Wendy’s drive-thru lane. Brooks consented to several sobriety tests, including a breath test which recorded a .108 blood-alcohol level – above the legal .08 limit in Georgia.

The Brooks family’s attorney, L. Chris Stewart, said the officers “could have easily waited and caught [Brooks] later” before the situation turned deadly.

“They should have let him walk home as he asked them,” Stewart told NBC’s “Today” on Monday.

Atlanta police released bodycam video of Brooks’ more than 30-minute encounter with the officers. Before consenting to a breath test, Brooks can be heard telling the officers that he can walk to his sister’s home nearby. However, a struggle breaks out when officers try to arrest Brooks.

“That man’s life should not have been taken so callously simply for running away with a nonlethal weapon, according to their definition,” Stewart said, referring to the officer’s Taser which Brooks had grabbed before running away.

Autopsy results released Sunday determined that Brooks was shot twice in the back. The medical examiner ruled the death a homicide.

Cedric Alexander, the former public safety director of Dekalb County, Ga. who now works as a police consultant, told The Associated Press the shooting will undoubtedly lead to questions about how officers might have defused the situation.

“Here’s a man who took it upon himself to pull off the road to take a nap," Alexander said. “Could they have given him a ride home, could they have called him an Uber, and let him sleep it off later, as opposed to arresting him? Now that does not in any kind of way excuse Mr. Brooks for resisting arrest. But the question is: Are there other protocols that police could have taken?

“And people will ask the question, had he been white and pulled onto the side of the road to take a nap and sleep it off, would they have given him a ride home?”

The Georgia Bureau of Investigation will present the findings of its investigation to prosecutors. Fulton County District Attorney Paul Howard said in a statement Sunday he hopes to reach a decision by midweek on whether to bring charges against the officers.