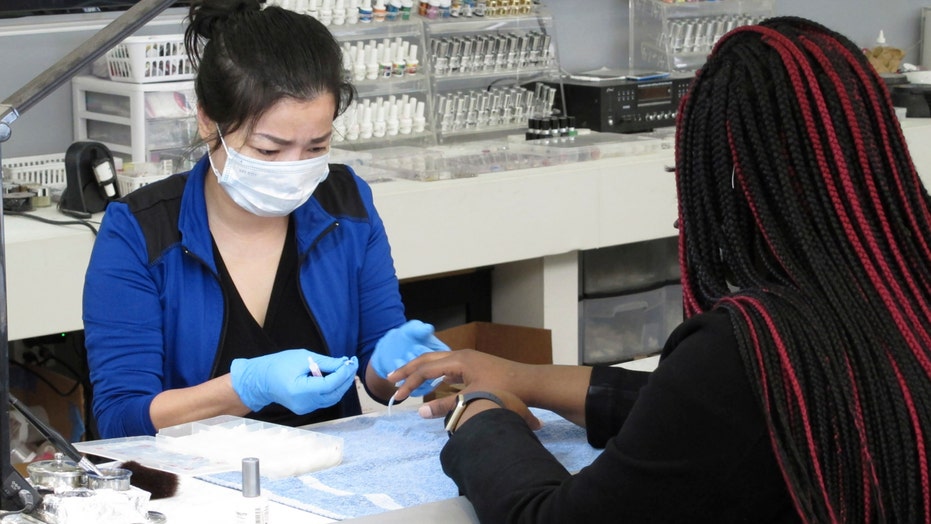 While some Georgians breathed a sigh of relief Friday when Gov. Brian Kemp allowed some non-essential businesses to reopen, Atlanta Mayor Keisha Lance Bottoms issued a warning to those looking to get back to their daily lives during the coronavirus pandemic.

The Democrat on Saturday tweeted a chart that showed an increased rate of COVID-19 cases and deaths in Georgia, the U.S. and the world since last week.

The table in Bottoms' tweet showed that Georgia had 904 deaths as of Saturday, a 34 percent increase from the week before. The number of cases rose to 22,695, up 28 percent from the week prior.

Georgia has one of the lowest testing rates in the nation, with at least 23,401 confirmed cases and 912 deaths as of Sunday.

Bottoms has been an outspoken critic of the Republican governor’s decision to allow some businesses to resume operations after he earlier shut them by executive order to prevent the spread of COVID-19.

President Trump also disagreed with Kemp’s reopening, saying it was “too soon” to resume operations in the state and he “was not happy” with the governor, during a White House press briefings last week.

"I (or @VP) never gave Governor Brian Kemp an OK on those few businesses outside of the Guidelines," the president tweeted Friday. "Spas, beauty salons, tattoo parlors, & barber shops should take a little slower path, but I told the Governor to do what is right for the great people of Georgia (& USA)!"

Bottoms has said she received messages of hate for her stance on the state’s reopening, prompting Georgia officials to open an investigation.

An African-American, Bottoms on Wednesday tweeted that she got a text to her personal cellphone addressing her by a racial slur and telling her “Just shut up and RE-OPEN ATLANTA.” She told the Atlanta City Council on Thursday that her 12-year-old son also received the text.

Bottoms said that despite receiving the hate-filled messages, she would not be deterred from speaking out for Atlanta.

“I will continue to use my voice to speak on behalf of our community,” she said, adding that “cowards don't run for office."

Bottoms has been a prominent supporter of former Vice President Joe Biden's presidential bid, with some people mentioning her as a possible vice-presidential pick.