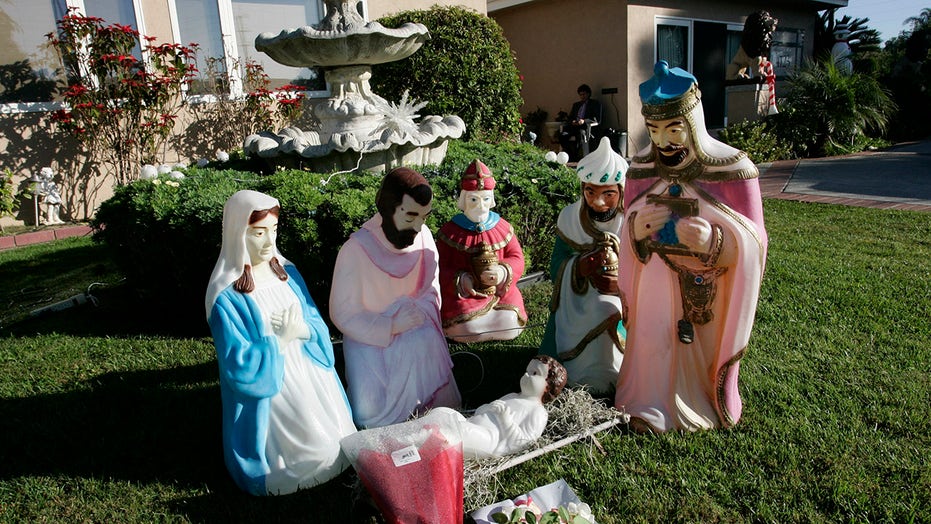 A longheld Christmas tradition at the heart of Georgetown, Del., is ending this year due to public safety concerns, town officials claim.

The new town policy banning unattended displays means the annual Nativity scene, depicting the birth of Jesus, will no longer appear in the town's circle, according to WBOC.

"We have a beautifully decorated Christmas tree in the center and our light poles all speak of the Christmas season and I think the nativity scene falls within that," Charlie Koskey, owner of Chardon LTD Jewelers, told the local TV station. "I think it’s important that these symbols represent the faiths of everyone that’s gonna be celebrating this time of year."

The town of Georgetown, Del. banned a Nativity scene (like the one pictured) from the public circle over safety concerns. (Reuters)

The policy was not specifically aimed at religious displays, the Cape Gazette reports.

The town manager claims it is really about public safety concerns.

“If the wind kicks up and there’s not anyone there and stuff blows out to the traffic lane,” he said.

But local residents are skeptical, especially after the city of Rehoboth Beach, just miles away, forced a Catholic church to remove their Nativity from public property for the second year in a row, even after the mayor promised a compromise.

On Sunday, during a trip to the site of what is thought to be the location of the first Nativity scene, Pope Francis encouraged believers around the world to erect the Christian symbols in schools, workplaces and town squares.

Nativity scenes have sparked legal battles in the U.S., despite the Supreme Court ruling in favor of public Nativity scenes in 1984, ruling they have "legitimate secular purposes."

Hiram Sasser, general counsel for First Liberty Institute, a law firm that successfully defended the "Peace Cross" on public land at the Supreme Court, says the Nativity has legal ground to stay on the town circle.

"The nativity display is not built on a foundation of sand," Sasser joked. " Seriously though, this excuse appears to be merely a pretext to engage in viewpoint discrimination, which is prohibited by the First Amendment."