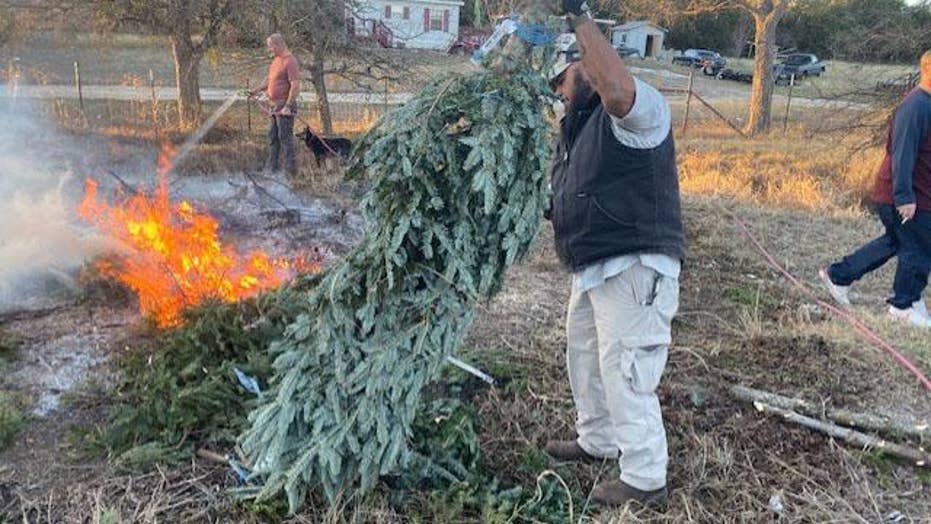 More than 1000 trees have been donated from the community.

COPPERAS COVE, Texas – A U.S. Army veteran from Copperas Cove, Texas, is continuing to serve his country even without the uniform.

Jamie Willis is a Desert Storm vet who suffered a back injury during his eight years of service. After the Veterans Affairs hospital gave him a diagnosis of 100-percent disability, Willis has since relied on a cane to walk. That inspired his non-profit, Canes for Veterans Central Texas.

The 50-year-old started making canes out of recycled Christmas trees in 2016. Since then, he’s made more than 200 and given them all away.

“It’s not about me, it’s about the veterans, getting the canes out to all my brother and sisters out there,” Willis said. “It starts with one cane, make one cane and give it away.”

With the holidays nearing an end, Willis called on his community to donate their Christmas trees so he could make more canes in 2020. The community responded quickly, donating more than 1,000 trees to the non-profit.

“The community has been great, they have shown so much love and support for this and without them there is no way this could have happened,” Willis said. “This has spread like wildfire, pretty much.”

Willis said of all the support he has received, one story in particular stood out to him the most.

“There was a lady that drove all the way from Dallas with her son, who is a veteran, just to drop off a single tree and to meet me and to shake my hand and say thank you. That one touched me big time, that to me was amazing,” Willis said.

Stores including Lowe’s and The Home Depot also donated to Willis. The Home Depot told Fox News: “... Because veterans are such a big part of our own company culture, we understand the importance of serving those who have served us all..."

Once the trees are donated, crews would cut off the limbs and leave the trees to dry out. Once the trees dried, Willis would strip the bark off and attach handles to them, add coats of polyurethane and ship them off to people in need. Willis said he learned the process from Oscar De Vere Morris, the owner of a group called Free Canes for Veterans.

The canes have been sent to several different places, including Texas, North Carolina, Arizona, Tennessee, Michigan, Ohio, California, Alaska, Germany and the U.K.

“There is more good people out here than what you normally see. It has just been amazing, I can’t really put it into words,” Willis said.

Willis said it will take about four to six months for his newly donated trees to dry out before he could start turning them into canes. In the meantime, the veteran has prepared a list of things he will need to get going once the wood is ready, including sandpaper, grinder discs, polyurethane and paintbrushes.