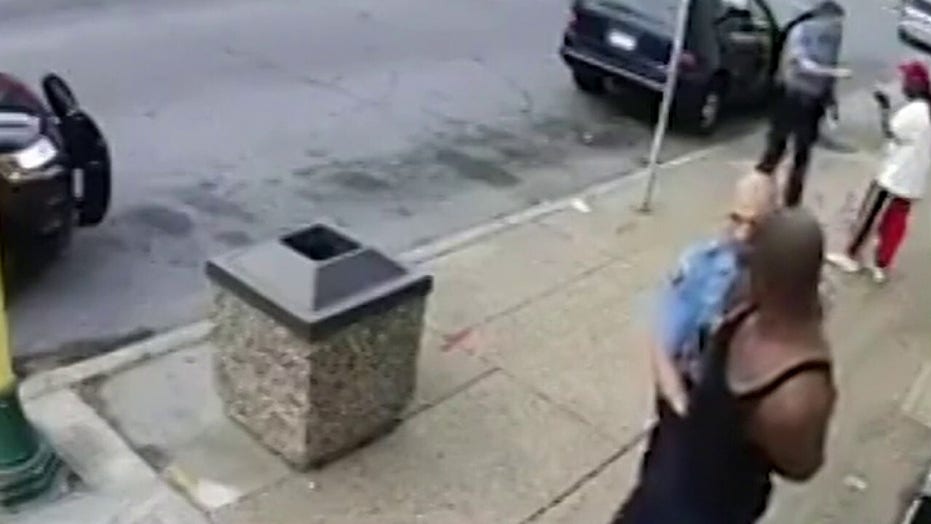 Protests in Minneapolis over the death of George Floyd took a dramatic turn for the worse Wednesday night as city police responded to stores in the city being looted and burned as well as a deadly shooting at a protest location.

Multiple reports indicated that Mayor Jacob Frey reached out to Gov. Tim Walz to deploy the National Guard to the city. The mayor’s office did not immediately respond to Fox News seeking comment.

Social media users posted videos on Twitter that showed burning businesses and looters entering a local Target store and making their way out with bags full of items.

At least one group of armed men was seen outside a strip mall in Minneapolis on Wednesday night amid the looting.

Protests in the city first erupted Tuesday after video emerged of a police officer with his knee pressed against Floyd's neck while the man was lying in the street, in custody. Protesters have called for the officers involved -- four of whom have been fired -- to be charged in his death.

The fatal shooting late Wednesday night was connected to looting at a pawn shop, the Star Tribune reported. The store's owner reportedly fired the shot. Police said one person was in custody.

Max Nesterak, a reporter for the Minnesota Reformer, interviewed a group of armed men outside a tobacco shop who said they agree with the protests but not the looting. They said police in the city have been overextended and they stopped at the tobacco shop because they were told the business owners were desperate to protect their store.

“These guys are out here with machetes, with shattered windows trying to keep looters out because cops can’t get in here,” one of the armed men said. “So I figured before there were cops, there were Americans. So here we are.”

Some commenters on social media worried that armed citizens could escalate the situation.

Looting has been recorded at a Target store off East Lake Street and an AutoZone was set on fire near a police precinct.

Officers could be seen surrounding the precinct but did not attempt to intervene in the looting. Earlier, some protesters skirmished with officers, who fired rubber bullets and tear gas in a repeat of Tuesday night's confrontation. One reporter posted an image on Twitter of Minnesota State troopers taking cover after the sound of gunfire rang out from a nearby parking lot early Thursday.

FOX 9 Minneapolis reported that fire crews worked to put out the fire at AutoZone, which is close to the Minneapolis Police Department’s Third Precinct. Walz took to Twitter late Wednesday to tell people in the area to leave and called the unfolding situation “extremely dangerous.”

“For everyone’s safety, please leave the area and allow firefighters and paramedics to get to the scene,” he posted. Other stores that were involved in looting included a Cub Foods and a Dollar Tree.

Fox News’ Mike Tobin, reporting live from a protest, said he was caught in the crossfire and said he felt pepper spray get into his eyes.

“Some of the flashbangs have been deployed, primarily from the police on the rooftop,” Tobin said at one point, standing with a news camera and microphone between the lines of protesters and police officers. 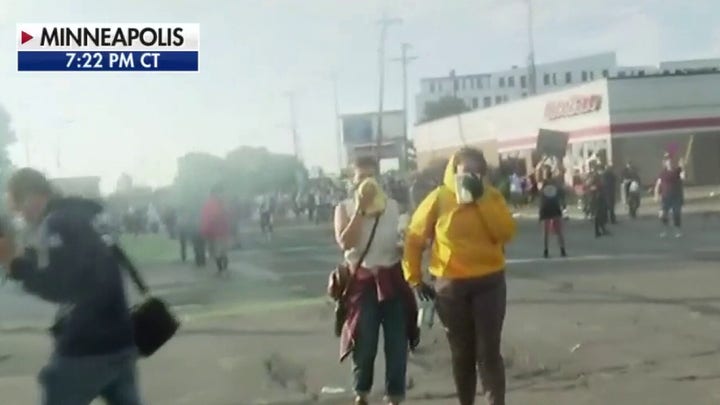 The officer and three others were fired Tuesday. They were identified as Derek Chauvin, Thomas Lane, Tou Thao and J. Alexander Kueng, FOX 9 reported.

On Wednesday, Mayor Jacob Frey called for Chauvin to be criminally charged. Federal investigators have joined the investigation into Floyd's death.

Protesters also gathered Wednesday evening at Chauvin's suburban home as well as the Minneapolis home of Mike Freeman, the Hennepin County prosecutor who would make a charging decision in the case. No violence was reported in those protests.

The FBI has been called in to aid local police in the investigation into Floyd's death, which immediately drew comparisons to the case of Eric Garner, an unarmed black man who died in 2014 in New York City after he was placed in a chokehold by police and pleaded for his life, heard in another video saying, “I can’t breathe.”

President Trump said he ordered the FBI and Justice Department to investigate the death.

"At my request, the FBI and the Department of Justice are already well into an investigation as to the very sad and tragic death in Minnesota of George Floyd," Trump tweeted.