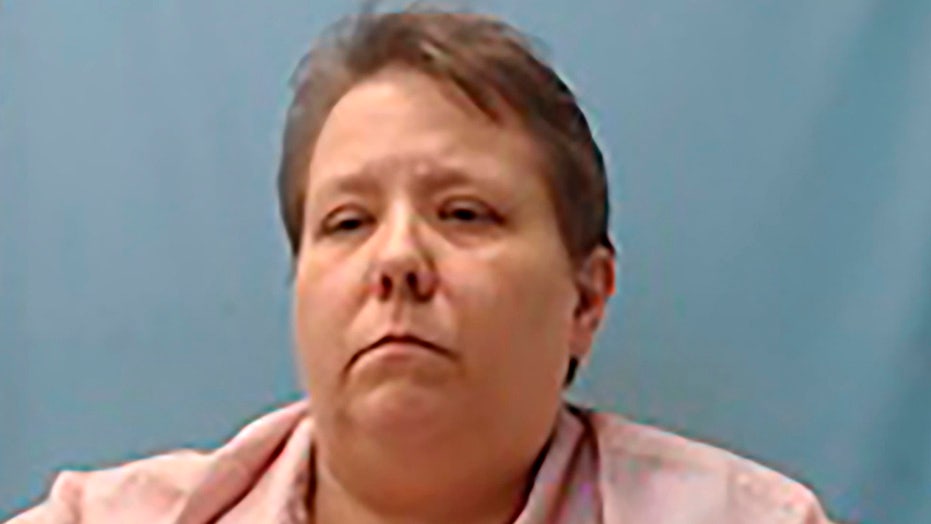 Four black student athletes who were going door to door in their Arkansas community to fundraise were held at gunpoint and forced to the ground by a white woman until police arrived at the scene, officials said.

The teenagers were walking through Wynne, a city roughly 100 miles northeast of Little Rock, around 10 a.m. on Aug. 7 to raise money for their high school football team when Jerri Kelly, 46, stopped them.

Investigators responded to a "suspicious persons" report to find the boys — two of whom were wearing football jerseys, according to school officials — on the ground with a woman standing by with a gun, police said. An officer asked the teens to stand up, and they explained they were selling discount cards for their school sports program.

Jerri Kelly, 46, was arrested and hit with several charges after allegedly forcing four teenage boys who were fundraising to the ground and holding them at gunpoint. (Cross County Sheriff's Office)

“We was scared,” one of the teens told police, The Washington Post reported. “I thought she was going to shoot me in the head, how she was acting.”

The boys told authorities Kelly shouted at them, told them to get down and spread their legs and place their arms behind their backs, and called them liars when they said they were fundraising for school. When one of the boys reportedly tried swatting at a mosquito, Kelly allegedly told him she'd shoot if he didn't stop moving.

A responding officer recognized one of the boys and told them they could get up and walk over to his patrol vehicle, the Post reported, citing a police report. At that point, Kelly allegedly called them back and began to lecture them about how her actions were not racially motivated.

A warrant was put out for Kelly's arrest on charges of aggravated assault, false imprisonment and endangering the welfare of a minor following an investigation, and she turned herself in Aug. 12, Cross County Sheriff's Department Captain Jeff Nichols said. She was released that night on $10,000 bond.

Kelly — the wife of Cross County Jail Administrator Joseph Kelly — didn't get her mugshot taken until days later because she had a "medical emergency" while she was getting booked, Nichols said. Following backlash from the community that she received preferential treatment, Kelly returned to the jail on Thursday after her initial court appearance to have her mugshot taken.

"She was afforded the same booking process and procedures as anyone that's brought into our facility," Nichols said. "She received no preferential treatment."

It was not immediately clear what the medical emergency was that prevented Kelly from getting her photo taken, but her brother told WHBQ-TV that Kelly is disabled and suffers from severe seizures. He also claimed Kelly felt threatened by the children.

Her husband resigned from his position on Friday, according to the Arkansas Democrat-Gazette. Cross County Sheriff David West said the jail administrator "did nothing wrong, but with his wife and the way this blew up, he decided it was best."

Kelly reportedly told police in a statement she "felt remorse" after learning they were fundraising, but said the boys "were not acting as such at the initial encounter."

The superintendent of the Wynne School District said the district is considering stopping door-to-door fundraisers due to the incident.