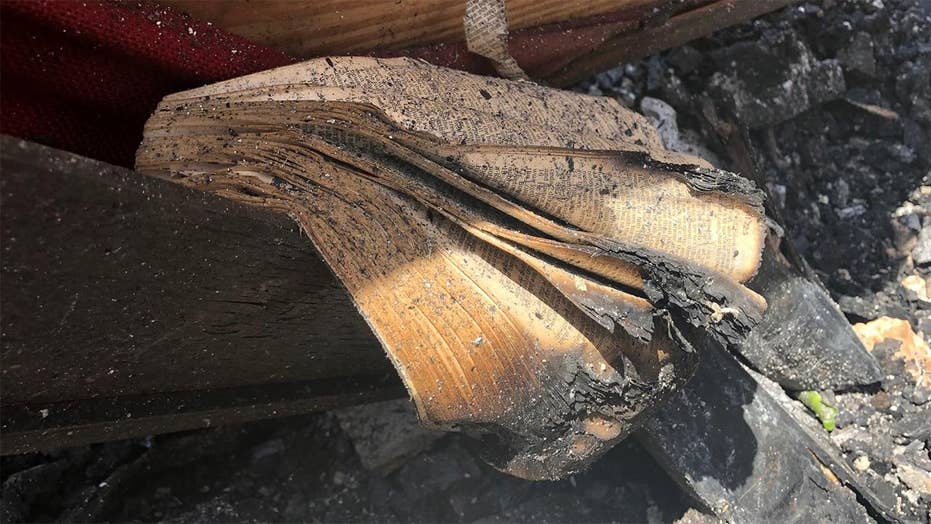 The suspect in a string of fires that destroyed three black churches in rural Louisiana earlier this year was indicted on federal hate crime charges in connection with the blazes, federal officials announced Wednesday.

The U.S. Attorney’s Office said in a statement that Holden Matthews, the 21-year-old son of a St. Landry Parish deputy, was charged with three counts of intentional damage to religious property, hate crime charges that fall under the Church Arson Prevention Act, and three counts of using fire to commit a felony.

The federal grand jury charges, which were filed Thursday and unsealed nearly a week later, say that Matthews was motivated to set the fires "because of the religious character of these properties.

U.S. Attorney David C. Joseph said in a news release that attacks against groups based on their religious beliefs will "not be tolerated” in the Western District of Louisiana.

“Churches are vital places of worship and fellowship for our citizens and bind us together as a community.  Our freedom to safely congregate in these churches and exercise our religious beliefs must be jealously guarded," Joseph said in a statement. "Today we are one step closer to justice for the parishioners of these churches and the St. Landry Parish communities affected by these acts."

If convicted, Matthews could face up to 20 years per count of intentional damage to religious property. He also faces an additional mandatory minimum of 10 years for the first count of using fire to commit a felony and 20 years for the subsequent counts, all to run consecutively.

The 21-year-old also faces up to three years of supervised release, a $250,000 fine and restitution.

“Federal law protects our freedom to practice religion in a safe environment without the threat of discrimination or violence,” Assistant Attorney General Eric Dreiband said in a statement.  “Any alleged violation of federal civil rights laws are taken extremely seriously by the Justice Department and will be prosecuted.”

The fires happened over a 10-day period. The first blaze torched the St. Mary Baptist Church on March 26 in Port Barre, a town just outside of Opelousas. Days later, the Greater Union Baptist Church and Mount Pleasant Baptist Church in Opelousas were burned. Each was more than 100 years old.

The churches were empty at the time, and no one was injured.

Investigators used surveillance video, cellphone tracking and a Walmart receipt to help identify Matthews, who was arrested in April. They moved quickly, arresting him within 12 hours because they were worried that "other crimes were imminent," Louisiana Fire Marshal Butch Browning said at the time.

Matthews is the son of a St. Landry Parish deputy, who Sheriff Bobby Guidroz said was heartbroken when told his son was a suspect.