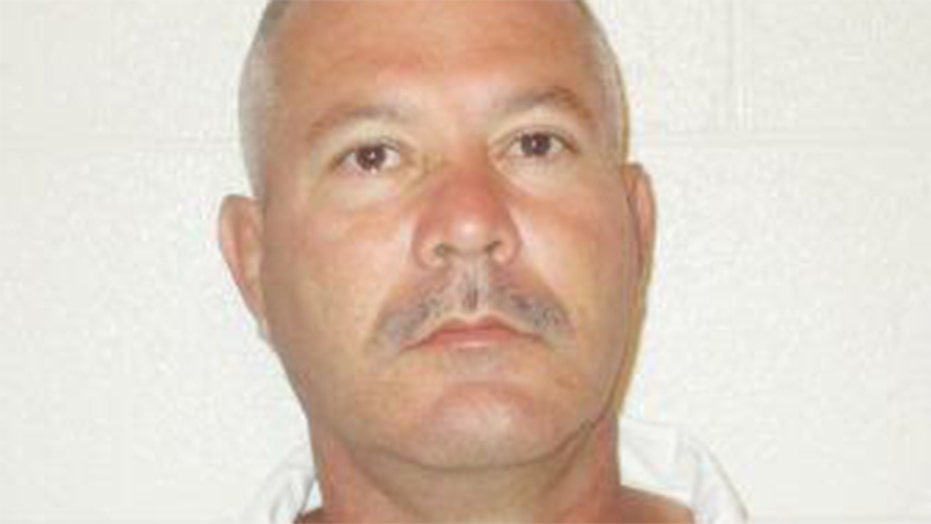 A dangerous convicted killer who escaped from an Arkansas prison -- his second break-out in 10 years -- was captured one day later on Tuesday after he was found hiding on the institution's roof.

Calvin Adams had escaped from his cell at the East Arkansas Regional Unit in Brickeys early Monday, prison officials said. He later was spotted trying to hide under a large ventilation hood on the prison's roof Tuesday morning.

After the escape, officials said they believed Adams may not have left the prison grounds.

The Arkansas Department of Corrections reported that lifer Calvin Adams, 49, was found hiding on the roof of the East Arkansas Regional Unit in Brickeys, a day after he vanished. (Arkansas Dept. of Corrections)

Arkansas Department of Corrections spokeswoman Dina Tyler said the roof had been Adams’ hideout since he vanished. She said he managed to climb onto the roof but was stranded because there was nowhere else to go.

She said he will be moved to a maximum-security area of the prison.

Adams and another inmate broke out of another Arkansas prison 10 years ago in guard uniforms made in the facility. They were captured four days later in New York.

Adams was serving a life sentence with no chance of parole.

He was found guilty of kidnapping bank executive Richard Austin, 25, from his home and then murdering him in a failed effort to rob the bank where Austin worked.

Austin’s pregnant wife survived being shot by Adams, walking more than a mile for help despite her injuries.