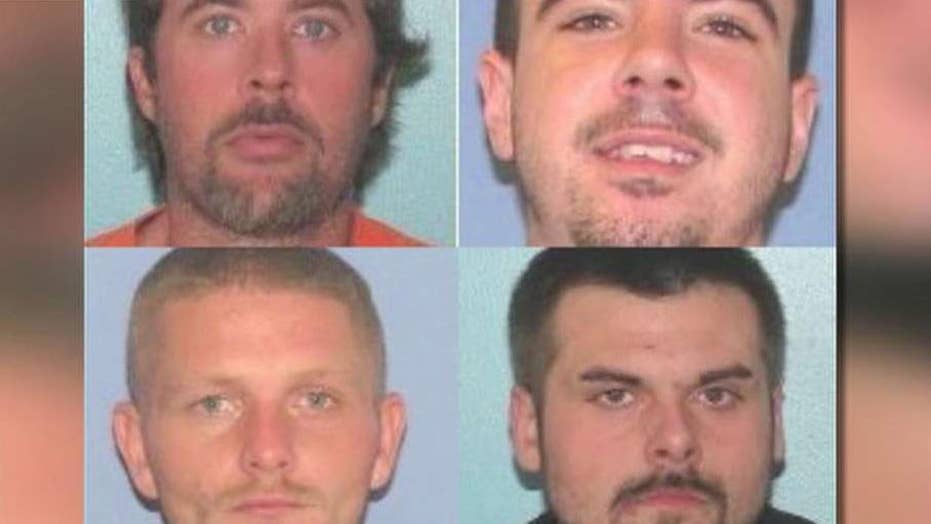 The men overpowered female guards with a weapon and are believed to have had outside help. The escaped inmates are said to be extremely dangerous.

All four inmates who broke out of an Ohio jail after overpowering two female guards were back in custody Monday.

“I am pleased to report that just a short while ago the fourth and final escapee, Lawrence R. Lee III was taken into custody by law enforcement officials in Durham, N.C.,” Champlin said.

The escape from the Gallia County Jail in Gallipolis happened around 12:14 a.m. Sunday.

The four men overpowered the two guards with a jailhouse knife called a “shank,” investigators said.

They then made their getaway from the jail in a stolen corrections officer, driving one block to where another vehicle was waiting for them, Champlin said, as the Gallipolis Daily Tribune reported.

Martin was charged with an escape after investigators said he and another inmate bolted from a vehicle transporting them to the Gallia jail earlier this month. They were caught the next day, according to reports.