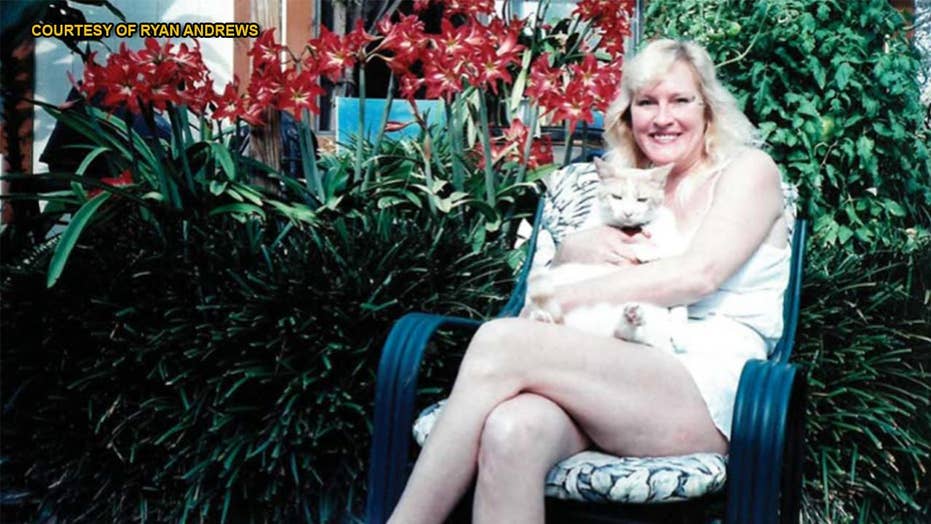 Cheryl Weimar, a 51-year-old inmate at the Lowell Correctional Institution in Ocala, Florida, filed a lawsuit against the Florida Department of Corrections for 'life-threatening injuries' that left her paralyzed.

Several women spoke out Saturday against what they say is a history of physical and sexual abuse and mistreatment at the largest women's prison in Florida after an inmate was allegedly beaten so badly by four prison guards that she is now paralyzed from the neck down.

Attorneys for Cheryl Weimar filed a criminal complaint Thursday against the Florida Department of Corrections and four unnamed male prison guards. The lawsuit says the guards beat Weimar on Aug. 21 when she told them she was unable to clean a toilet at the Lowell Correctional Institution because of a pre-existing hip condition.

FEMALE INMATE BEATEN 'WITHIN AN INCH OF DEATH' BY FLORIDA PRISON GUARDS: LAWSUIT

A photo of Cheryl Weimar before her incarceration. Her attorney is now pushing to be allowed to take photos and videos of her injuries. (Courtesy Ryan Andrews)

Since then, other former inmates have come forward to share their own stories of sexual and physical violence that they say has taken place for more than a decade at the second-largest women's prison America.

Jordyn Cahill, a former Lowell inmate who says she used her time in prison to better herself and eventually became a certified paralegal, said in a message on YouTube that she is "astounded" by the attack on Weimar and detailed her own alleged experiences of sexual assault and harassment during her time there.

Cahill, who served eight years at the facility, ending in 2013, names nearly a dozen male officers in the video, pointedly asking them "do you remember" certain details of unwanted sexual advances towards her.

The former inmate said one officer who had a foot fetish refused to give her toilet paper until she showed him her toes. Another allegedly groped her and "forced your tongue down my throat and pushed all 300 pounds of your body against me."

Cahill says yet another officer forced his hands down the back of her pants and groped her as she was leaving a room.

A spokesperson for the Florida Department of Corrections told Fox News in a statement that Cahill's video has been sent to the FDC's Office of Inspector General for "a thorough investigation into the allegations."

"The Florida Department of Corrections takes all allegations of abuse or mistreatment of inmates seriously and encourages all inmates and staff to promptly report inappropriate or illegal conduct," the FDC said. "The Department has a robust inmate grievance process, along with an anonymous TIPS line that contacts the OIG directly, to ensure inmates are afforded every opportunity to report misconduct without fear of retribution."

"The FDC Office of Inspector General ensures all reports of misconduct are thoroughly investigated. Any employee found to have acted inappropriately or illegally faces disciplinary action up to and including dismissal and arrest. The FDC has zero-tolerance for staff who act inappropriately and contrary to our core values: respect, integrity, courage, selfless service and compassion."

Another formerly incarcerated woman posted on Instagram that she was sharing a photo of herself in a "And so I kept living," t-shirt as "symbols of solidarity for our sisters who can't speak for themselves. We will not be silenced."

Change is Now, a prison activist group, posted a video on Facebook, that included photos of women who have died at Lowell due to abuse or medical neglect, the Miami Herald reported.

“We will stand together united in silence as we scream for help for the women who remain incarcerated inside of Lowell Correctional Institution.’’

Weimar, 51, remains hospitalized and has to breathe and be fed through tubes as a result of her injuries, the lawsuit says.

“We recognize that preliminary reports from this incident are concerning," Secretary of Corrections at the FDC, Mark Inch said in a statement to Fox News. "We’re committed to examining all the details regarding this situation and ensuring appropriate action is taken.”

Currently, the incident is under an independent investigation by the FDC Office of Inspector General and the Florida Department of Law Enforcement. The four officers that were allegedly involved have been reassigned to posts that do not have contact with inmates, the FDC told Fox News.