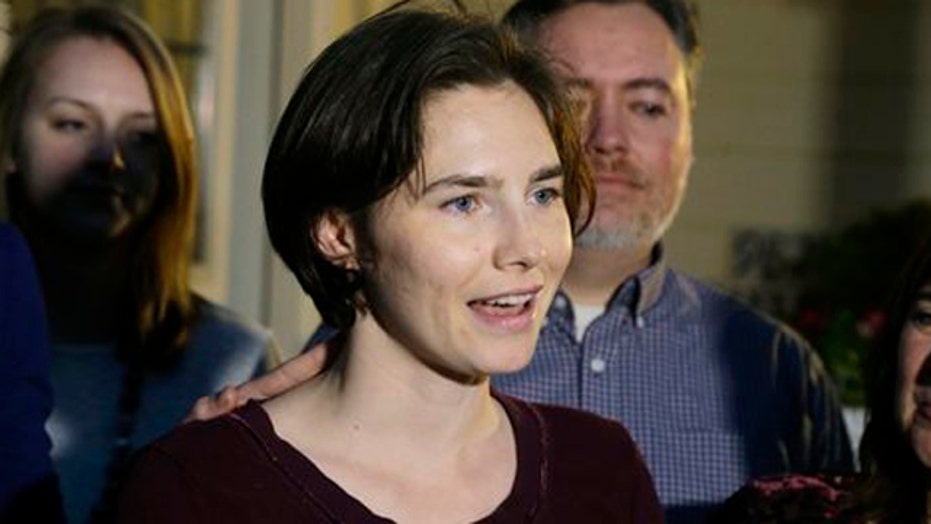 After the Buzz: Our Amanda Knox obsession

Amanda Knox is not afraid of the big bad wolf.

The cleared former murder suspect has turned her life into a fairy tale on Instagram — where she is pictured dressed up as Little Red Riding Hood while threatened by a man in a wolf’s costume.

“What’s happening? Well, I made my Instagram public. No more hoarding all my amazing cat videos. Check them out at Instagram.com/amamaknox,” she tweeted.

The moody photo was shot in the Black Forest in Germany with a waterfall as a backdrop, the Telegraph of the UK reported.

The Seattle native who was once dubbed “Foxy Knoxy” was locked up for four years in an Italian jail for the 2007 murder of her roommate Meredith Kercher in Perugia.

She was originally sentenced to 26 years in prison, along with her then-boyfriend Raffaele Sollecito, who got 25 years — but both were acquitted in 2011.

After Knox returned to the US, a higher court in Italy reversed the acquittal in 2013, sentencing her again to prison before she was cleared for the second and last time in March 2015.

Knox filled her Instagram account with dozens of travelogue photos with her beau, Christopher Robinson, at Jasper National Park in Alberta, Canada, outside the Pantheon in Paris and at home in Seattle with her felines.