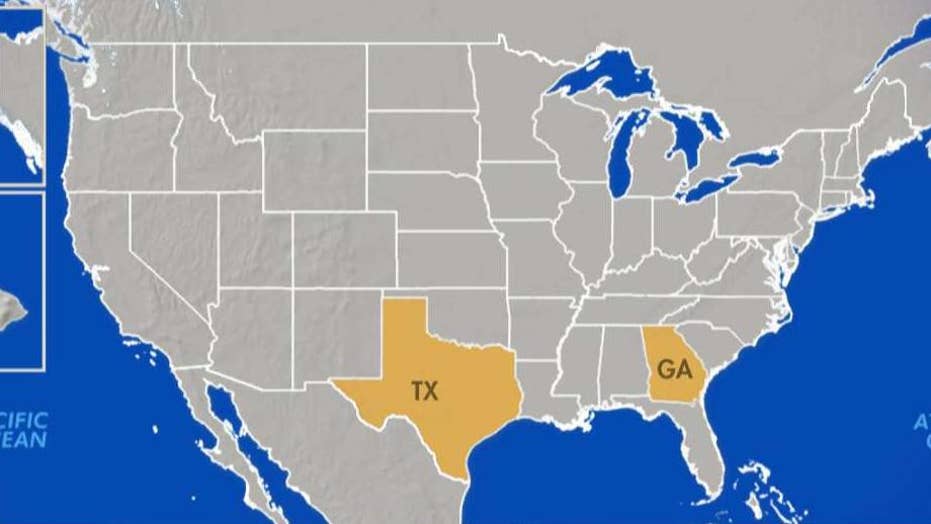 Three veterans take their own lives within a 5-day span.

Three U.S. military veterans took their lives within 5 days of each other at VA facilities in 2 states earlier this month, prompting a call for action by lawmakers.

The first death was reported on April 5, when the body of 29-year-old Gary Pressley was discovered inside a vehicle in the parking lot of Carl Vinson VA Medical Center in Dublin, Georgia.

Pressley had a gunshot wound in his chest and was pronounced dead at 8:45 p.m., Laurens County Coroner Richard Stanley told the Atlanta Journal-Constitution.

Pressley's family said he was medically discharged in 2012 after a bad car accident and struggling with mental health care, according to the newspaper.

His mother, Machelle Wilson, told WMAZ-TV that Pressley's sister called the VA to tell them her brother was threatening suicide from their parking lot just moments before he killed himself

"He told his girlfriend he was going to do it in the parking lot, so they could find his body, so somebody can pay attention to what's happening, so other vets do not have to go through this," she told the television station.

The following day in Decatur, Ga., 68-year-old Olen Hancock of Alpharetta killed himself outside the Atlanta VA Medical Center. Hancock had been seen pacing the lobby of the building before going outside and shooting himself, WSB-TV reported.

Officials did not disclose what branch of the military that Hancock served, but Sen. Johnny Isakson, R-Ga., the chairman of the Senate Committee on Veterans’ Affairs, called the deaths "unacceptable and devastating."

"While we have taken a number of steps to address and prevent veteran suicide, this weekend’s tragic deaths clearly indicate that we must do better,"  Isakson said in a statement.

The third suicide was reported April 9 in Austin, Texas when an unidentified veteran shot himself in front of hundreds of people in a waiting room of a VA Clinic. The incident happened shortly after noon, and prompted the building to be shut down, KXAN reported.

Veterans Affairs plans to launch a new partnership with at least seven states to expand its outreach to veterans.

"All of a sudden, over the intercom, they have this statement about everyone must clear the building including staff, so it was a little surprising," Ken Walker told the television station.

Currently, about 20 veterans die by suicide every day -- a rate 1.5 times higher than those who have not served in the military.  In February, the Washington Post reported that 19 suicides were reported on VA campuses from October 2017 to November 2018, 7 of them in parking lots.

Richard Stone, executive in charge of the Veterans Health Administration, told Stars and Stripes there have been more than 260 suicide attempts on VA property, 240 of which were interrupted and prevented.

Rep. Mark Takano, D-Calif., the chairman of the House Committee on Veteran's Affairs, said Wednesday the deaths were part of a "national crisis" and that a full committee hearing is scheduled for later this month to discuss the issue.

"Every new instance of veteran suicide showcases a barrier to access, but with three incidents on VA property in just five days, and six this year alone, it’s critical we do more to stop this epidemic," Takano said in a statement. "All Americans have a role to play in reducing veteran suicide, and the House Committee on Veterans’ Affairs is going to make this issue a top priority."

There are resources available to veterans considering hurting themselves. To talk to someone, veterans in crisis are urged to contact the VA crisis line at 1-800-273-8255. You can also text 838-255 for help and also talk in a confidential online chat session.