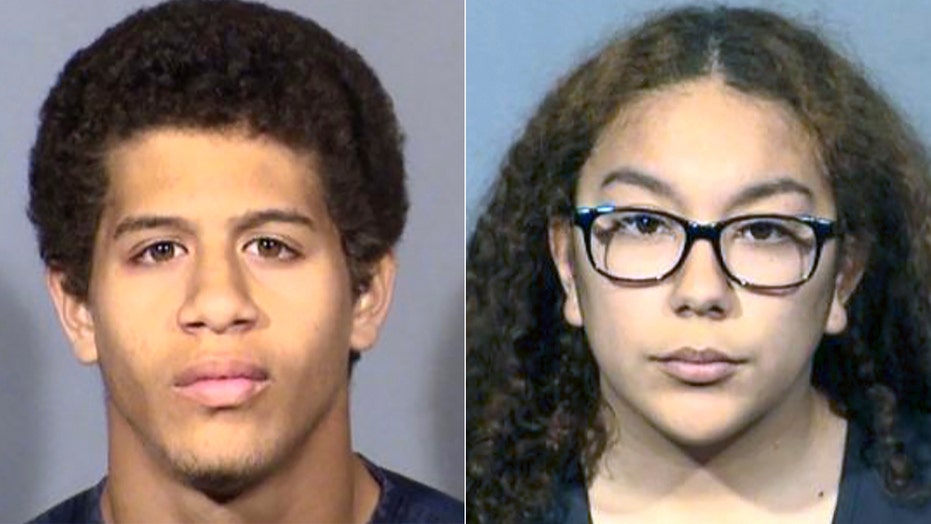 California police say a dispute over a rental agreement led a 20-year-old woman and her teenage boyfriend to kill three people.

He said the murders happened Wednesday in a Hemet home belonging to one of the victims, Wendy Lopez-Araiza, 46.

Her daughter Genesis Lopez-Araiza, 21, was also murdered. The third victim was Trinity Clyde, 18.

They had been bludgeoned and strangled, Pust said.

Another member of the Lopez-Araiza family, the oldest son, was in another part of the house as the murders were taking place, but didn't know what was happening, he said.

The two charged with the murders were Jordan Guzman, 20, and Anthony McCloud, 18. They were accused after they were tracked down to Las Vegas and arrested, Pust said.

He said the rent dispute involved Guzman, who was a tenant in the house.

Police were called after Genesis was found covered in blood by her father when he came home from work, the chief said.

As he entered the house, Guzman and McCloud ran out and took off in Clyde’s car, Fox 11 Los Angeles reported.

Rodney Clyde told a local TV station his daughter, Trinity, had planned to rent a room in the Lopez-Araiza house, the Associated Press reported.

"I just bought her paint yesterday," he said. "That was my baby. That was my kid."