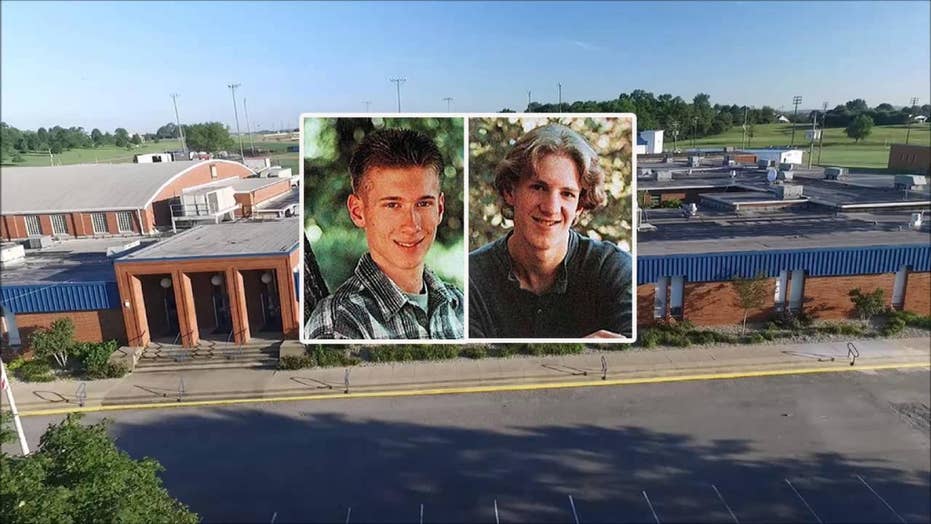 Two female students from Kentucky have been suspended after they went to class Wednesday dressed as Eric Harris and Dylan Klebold, the two teenagers who opened fire at Columbine High School in Littleton, Colorado, on April 20, 1999, killing 12 students and a teacher.

Two Kentucky high school students were suspended after they dressed up as the Columbine High School shooters for Halloween.

Two female students who attended Adair County High School in Columbia, Ky., went to class Wednesday dressed as Eric Harris and Dylan Klebold, the two teenagers who opened fire at Columbine High School in Littleton, Colo., on April 20, 1999, killing 12 students and a teacher. The shooters also wounded 26 others before they turned the guns on themselves.

The two female students wore the similar outfits Harris and Klebold wore on the day of the mass shooting, WHAS-TV reported. The students were not named.

Social media posts appeared to show the two girls re-enacting moments from the shooting, with side-by-side images of them next to actual photos of it.

Adair County Schools Superintendent Pamela Stephens said in a statement that the two students were suspended pending an investigation.

"We take the situation very seriously and our personnel are continuing to investigate the facts and circumstances surrounding this matter," Stephens said in a statement. "The students are currently suspended."

Amy Tarter, a parent of a student who attends the school, told WHAS-TV that more should have been done.

"It's ridiculous. I think any child that does that should be expelled and any parents who [support] their child [doing that] should have charges brought against them,” Tarter said.