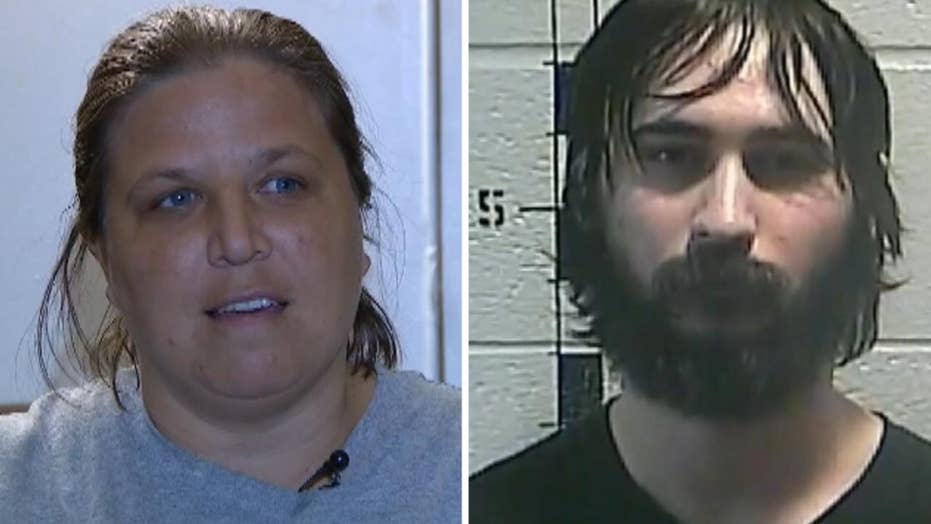 Police in Kentucky arrest Dylan Jarrell, who they believe was planning a school shooting, after a mother in New Jersey reported receiving a racist Facebook message.

A New Jersey mother has been credited with helping thwart a potential school shooting -- 650 miles away.

Koeberle Bull of Lumberton, N.J., was surprised to find a Facebook messenger alert from a man she didn’t know: an account belonging to Dylan Jarrell, of Lawrenceburg, Ky., who was seen holding a weapon in his profile picture. The message was filled with offensive and racist remarks aimed at Bull's three children, who are featured in her profile.

“There's no such thing as white privileged you f---ing autistic f---. I hope your black children gets hung for you being so stupid...Act your race retard,” the message read in part, according to a screenshot later posted on Bull's Facebook page.

"I was angry that someone could even think that way about three beautiful children," Bull told FOX29.

Bull said she was not sure how Jarrell found her online. So the mother of three decided to take action and call the Kentucky State Police to lodge a complaint.

The Kentucky State Police said they were able to make contact with Jarrell on Thursday just as he was pulling out of his driveway. Police said an investigation uncovered a cache of weapons.

“A firearm, over 200 rounds of ammunition, a Kevlar vest, a 100-round high capacity magazine and a detailed plan of attack were also discovered in the possession of the subject,” the Kentucky State Police said.

Police believe the suspect was about to carry out an attack at a nearby school before he was stopped. A search warrant was obtained and executed on the suspect’s home where authorities found an Internet history that included a search for how to carry out a school shooting.

KENTUCKY INMATES WHO ESCAPED JAIL IN TRASH CAN ARE CAUGHT

“There is no doubt in my mind that as a result of this investigation we saved lives,” Commissioner Rick Sanders said in a news conference. “This young man had it in his mind to go to schools and create havoc. He had the tools necessary, the intent necessary, and the only thing standing between him and evil and doing evil is law enforcement."

Jarrell, 21, pleaded not guilty to “making terroristic threats” on Monday, FOX29 reported. He was also charged with harassing communications and is currently being held in the Shelby County Detention Center.

Bull told FOX 29 she was just trying to do the right thing.