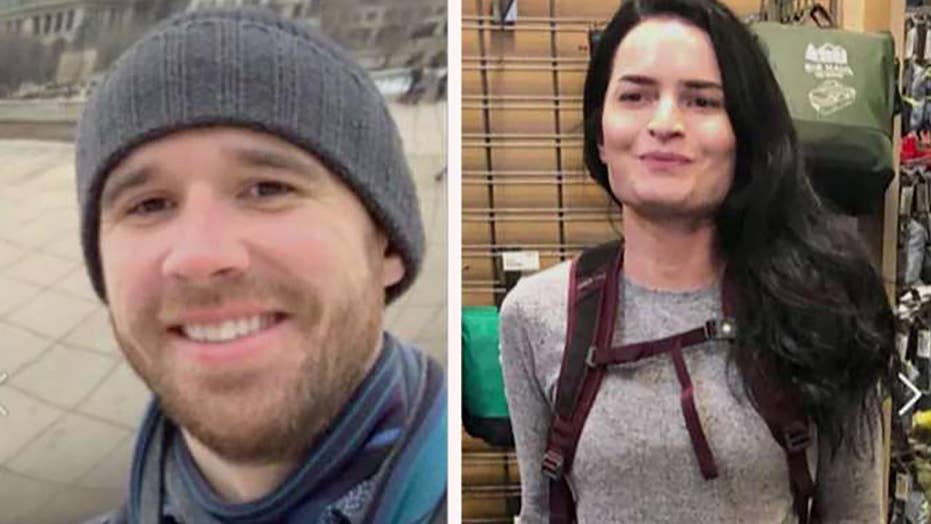 Two missing hikers have been found alive in Mount Baldy, California after rescuers spot footprints and dispatch a helicopter to investigate.

A couple who went missing after going on a hike in snowy Southern California mountains were found safe Wednesday after rescuers spotted and followed two sets of footprints.

Gabrielle Wallace, 31, and Eric Desplinter, 33, were reported missing Saturday after friends became concerned when the duo didn’t return from their hike by 7 p.m. that day. Wallace and Desplinter were hiking in the San Gabriel Mountains, northeast of Los Angeles, and believed to be headed toward Cucamonga Peak near Mount Baldy.

"Miracles happen, and this is a miracle," Mike Leum with the Los Angeles County Sheriff's Department tweeted about finding Wallace and Desplinter alive five days after they went missing.

Search-and-rescue teams from six counties volunteered to help comb through the area for the couple, who authorities believed had limited food and water with them. By Wednesday, strong wind gusts were impeding the efforts.

LEGALLY BLIND MAN HELPS TEXAS POLICE OFFICERS DURING STRUGGLE WITH SUSPECTS, INCLUDING ONE WITH GUN

A search team eventually spotted two sets of footprints in Cucamonga Canyon and followed them on Wednesday. A helicopter sent to the area spotted two people near a campfire, police said.

Wallace and Desplinter were expected to be flown to the Mount Baldy fire station and reunited with their families, police said. It’s unclear whether they suffered any injuries during their five-day disappearance and details about how they survived were not immediately released.

Rescuers combed through about 30 square miles, 19,000 acres of mountain terrain, in the five days.