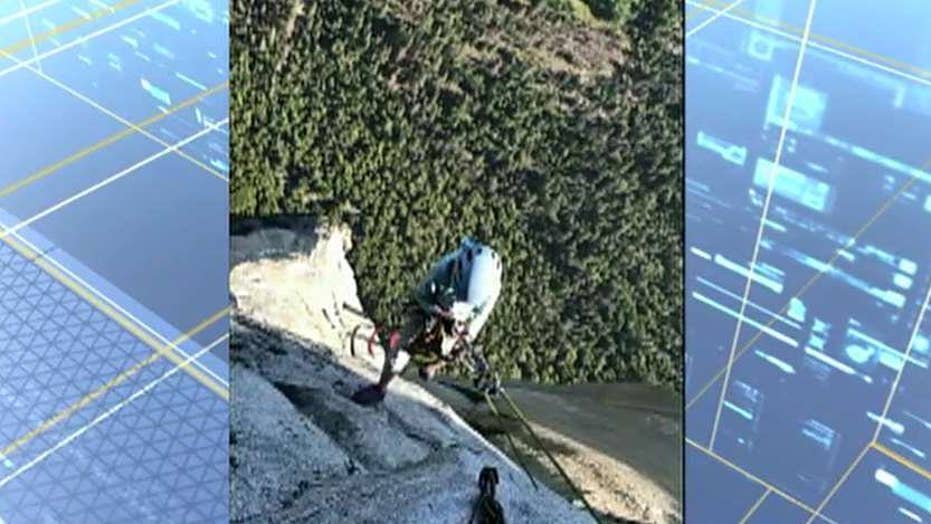 Selah Schneiter talks about reaching the summit of the famous Yosemite rock face.

The 10-year-old girl who just became the youngest person to conquer one of the world’s most challenging mountain climbs said Thursday, “I did it to have fun.”

Selah Schneiter of Colorado appeared on “Shepard Smith Reporting” on Thursday to talk about her climb on the “Nose Route” of El Capitan in Yosemite National Park. She made the bold ascent over five days in early June.

“I feel like everybody is thinking it's really crazy that I did it because I'm the youngest person, but I did it to have fun,” she told Smith.

El Capitan, a vertical rock formation in California's Sierra Nevada mountains, is about 3,000 feet from base to summit along its tallest face.

For perspective, imagine climbing something twice the height of the World Trade Center. Rock climbers consider it one for their ultimate challenges.

Selah made it to the top with the help of her father, a climbing guide and a family friend.

Her mother, Joy, who also appeared on “Shepard Smith Reporting,” said her daughter “practiced a ton.” Still she had some worries, given that Selah weighs a bit less than 60 pounds.

Her parents are both rock climbers, though, and they said she has been climbing since she was a baby.

Smith reported that Selah considers herself “just a normal girl.”

How does she feel about her achievement? “Exciting and really overwhelming."
She added that reaching the top “was really emotional.”

“It was really something that I have been thinking about for a long time," she added.
Said Joy: “She's a precocious little kid.”

So precocious, in fact, that she told Smith she's already contemplating her next climb.