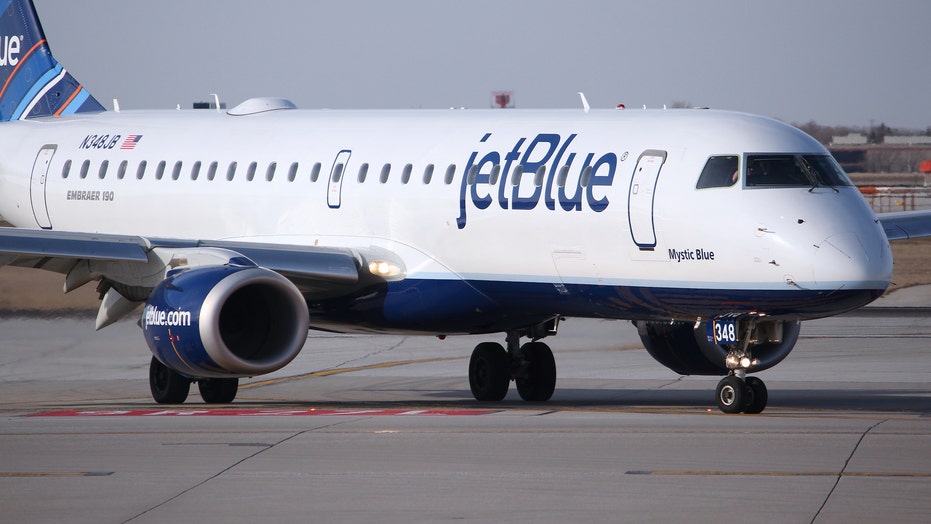 JetBlue has confirmed that a “global” computer system outage was to blame for delayed check-ins and frustratingly long lines at airports where the carrier flies.

“Systems are recovering after a global Sabre outage impacting multiple airlines,” JetBlue wrote in a statement shared with Fox News on Tuesday morning. “JetBlue customers may experience longer lines in some airports this morning. We apologize to our customers for the inconvenience.”

EASYJET PASSENGER REMOVED FROM FLIGHT, LEAVES FLIGHT ATTENDANT IN A 'FLOOD OF TEARS'

Sabre, a Texas-based company that provides booking and reservation services for several carries, claimed its systems were in “recovery” mode following a technical issue, but later pinpointed the problem as being an internal network failure on the part of CenturyLink.

"One of [the] network suppliers, CenturyLink, had an internal network failure this morning," Sabre wrote in an updated statement obtained by Fox News. "This impacted a subset of our customers who communicate with our systems via CenturyLink’s network.  The issue has now been fully resolved and airlines are returning to normal operations. We apologize for any inconvenience."

Sabre had also experienced similar outages in late March and late April, which temporarily delayed passengers and resulted in nationwide delays across multiple major airlines, including American and Alaska Airlines. That outage, too, was resolved within a few hours of systems going offline, though Sabre did not confirm whether those technical outages were related to Tuesday morning’s.

This time, however, a representative for American Airlines confirmed to Fox News that the outages experienced by JetBlue were not affecting American.

And while JetBlue said passengers at multiple airlines may be experiencing longer lines, passengers at JFK in New York City appeared to be affected moreso than others.

However, some tweets indicate that online check-in was affected as well.

The Sabre system, meanwhile, appeared to be back up and running shortly after 7:30 a.m., alleviating lines at JFK, according to PIX 11 reporter Anthony DiLorenzo.