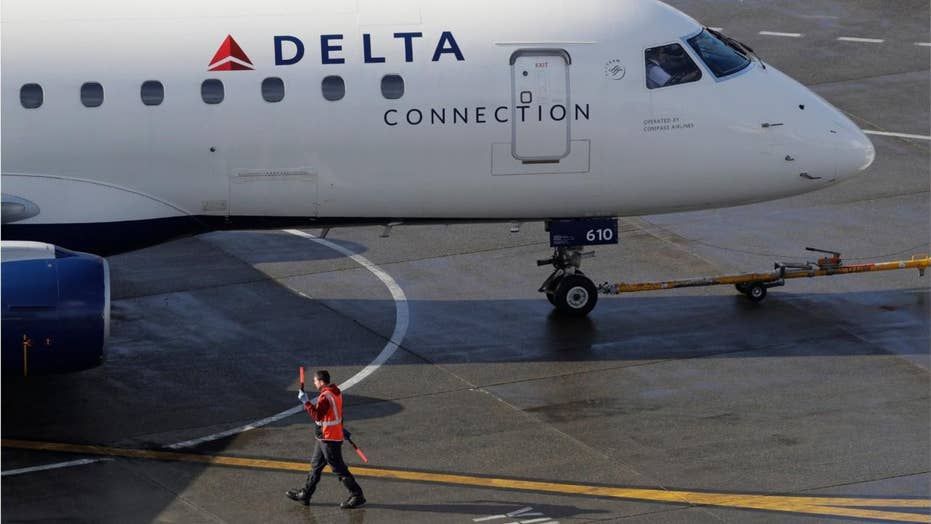 Nearly 200 passengers aboard a Delta flight from New York’s JFK airport to Los Angeles on Wednesday described a nightmare flight after extensive holdups led to an 18-hour delay before its take-off.

Delta flight DL975 was scheduled to depart New York at 3:30 p.m. Wednesday, but did not end up leaving until the next morning due to mechanical and weather issues, the Business Insider reports.

The flight was initially delayed about an hour but quickly turned into an hours-long nightmare after a series of additional delays.

The flight experience was made worse, passengers say, due to poor communication and the absence of adequate customer service and amenities provided by Delta staff.

AIRLINE PASSENGERS INJURED DURING 15 SECONDS OF SEVERE TURBULENCE: 'WE ALL THOUGHT WE WERE GOING TO DIE'

Several celebrities were among the passengers, reportedly including Beyonce’s mother Tina Knowles-Lawson, “Stranger Things” star Dacre Montgomery, and a number of cast members from ABC’s “Dancing with The Stars.”

Emma Slater, a  professional dancer on "Dancing With The Stars," tweeted a video of stunned passengers reacting to a Delta gate agent informing everyone, after eight hours of waiting, that they would not get hotel rooms to accommodate them for the overnight delay.

“Disgraceful,” Slater wrote. "@Delta telling the hundreds of passengers of flight 975 (after waiting on the tarmac for a total of 8 hours and having to get off the aircraft twice for a multitude of reasons including mechanical) that they won't provide hotels for us."

A number of passengers said they were at one point waiting on the plane for four hours, and spent a total of eight hours on the tarmac before the flight was delayed until the next morning, according to Insider.

"I live on this plane now," tweeted Buzzfeed employee Matthew K. Begbie, who said he was on the flight. "I have forgotten what the world outside this plane is like. Babies have been born. People have died. The world turns on but flight 975 is forever."

Passengers reportedly boarded the flight on time, but a mechanical issue with the cargo door caused the initial delay. After the mechanical issue was resolved, predicted bad weather caused further delays. Hours later, the plane returned to the gate because one of the pilots had reached his FAA-mandated maximum working hours before a required rest period, also known as “timing out.”

Passenger Eloise Moran told Insider that Delta initially did not offer dinner vouchers but eventually did once passengers were deplaned around 1 a.m.

In a statement to Insider, Delta issued an apology to customers for the delays.

"Delta apologizes to customers on flight 975 operating from New York-JFK to Los Angeles, which was delayed last night due to weather affecting the Northeast airspace,” the statement read.

“Customers were offered water and snacks, pillows and blankets in the terminal before the flight departed at approximately 10 am for Los Angeles Thursday morning."