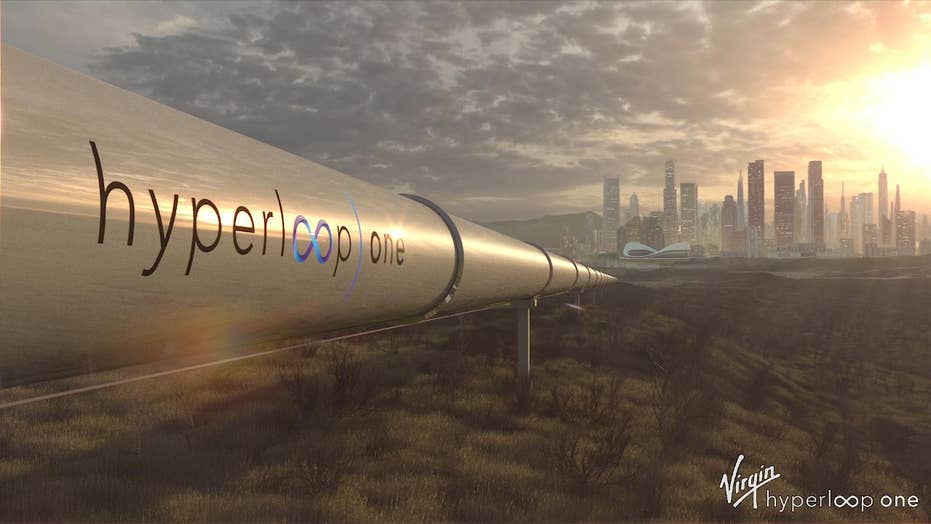 The Hyperloop: Completion is closer than we think

Virgin’s Hyperloop One is the only company who has a legitimate test facility and a physical Hyperloop that could someday in the near future transport people from places like New York City to Los Angeles in four in a half hours. They’ve not only taken Elon Musk’s concept and made it a reality, but they have improved it tremendously. Fox News gets the exclusive with company engineers and directors explaining their latest updates to a near complete Hyperloop pod and track.

Officials in India have designated a proposed Mumbai to Pune hyperloop a "public infrastructure project," which means they will soon begin to take bids on its construction, according to The Verge.

Virgin Hyperloop One and its partner DP World are the originators of the multibillion-dollar project, the first phase of which will link the aforementioned cities in less than 35 minutes, the technology site reports. That journey takes three-and-a-half hours by car.

Taxpayer funds will reportedly not be spent on the hyperloop effort, but DP World will spend $500 million to complete phase one of the project, with the rest of the money coming from investors.

GOOGLE WORKERS DONATE HEAVILY TO WARREN, SANDERS DESPITE THEIR CALLS FOR COMPANY'S BREAKUP

The designation is “incredibly significant to moving hyperloop forward globally,” said Ryan Kelly, head of marketing and communications at Virgin Hyperloop One, in an email to The Verge. “This is not exploration; this is a solid confirmation.”

Virgin Hyperloop One's test facility in Nevada has demonstrated the ability to send a magnetically levitating pod through a tube at speeds of up to 240 miles per hour, according to the Las Vegas Review-Journal.

The company's project in India dates back to 2017, reports The Verge, which is when the firm signed agreements with the governments of Maharashtra and Karnataka to study the impact of hyperloop in the region.