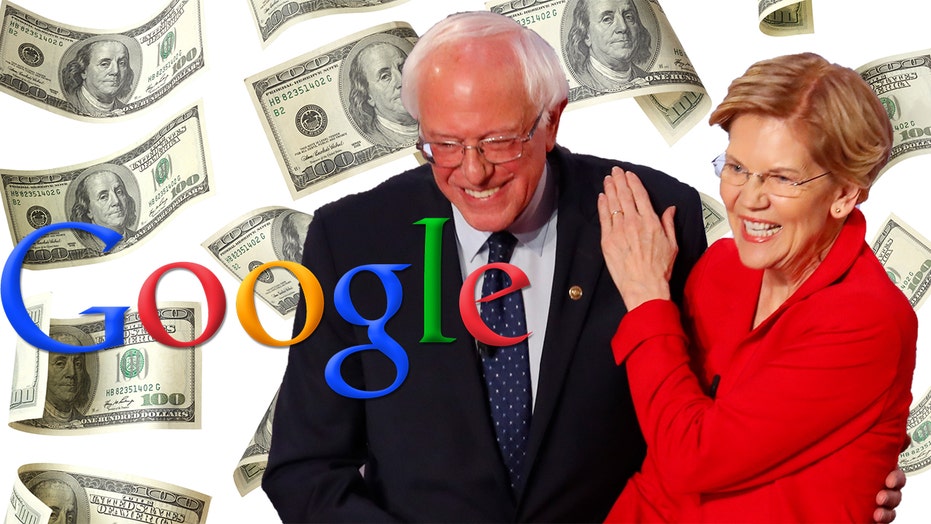 Google employees are donating heavily to Elizabeth Warren and Bernie Sanders, despite the fact that both 2020 presidential candidates are leading the charge to break up Big Tech.

According to data from the Federal Election Commission compiled and analyzed by Recode, Google employees donated $87,066 to Warren and $58,266 to Sanders in the first two quarters of this year. Although South Bend Mayor Pete Buttigieg received the second-highest total ($73,319), he has not been as critical of Big Tech in terms of calling for the breakup of Facebook, Google and Amazon.

Google employees who gave money to Sanders and Warren told Recode that taking apart Google could help consumers and spur more tech innovation by allowing for more competition. Some also said they thought regulation could force Google itself to return to its startup roots.

FOR FACEBOOK AND GOOGLE, HUGE FINES WILL CAUSE ONLY LIMITED HARM

Warren has made the breakup of tech giants like Amazon, Google and Facebook a central plank of her campaign for the Democratic nomination, including the unwinding of major mergers and the separation of certain services from each parent company. Sanders – who pressured Amazon to raise its minimum wage to $15 per hour –  has said he is open to breaking them up, but he has not offered as much by way of specifics.

These companies are all under scrutiny from U.S. regulators on antitrust and privacy grounds.

The support of Googlers for Democrats who are critical of Silicon Valley seems to be part of a broader wave of activism coming from tech workers demanding pay equity, stronger policies against harassment, more ethical practices around AI and more transparency around working with the U.S. military.