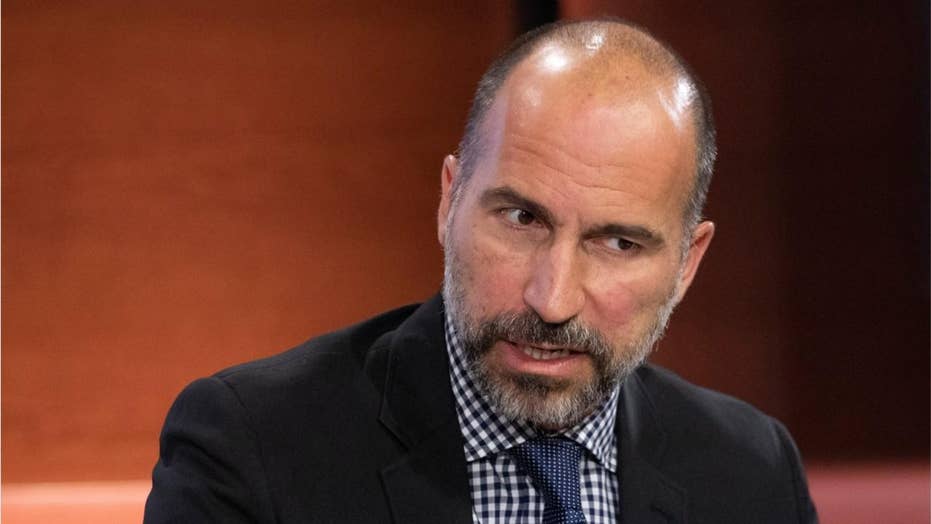 Uber CEO Dara Khosrowshahi is under fire for calling the violent death of Washington Post journalist Jamal Khashoggi inside a Saudi Arabia embassy a 'mistake.'

Uber CEO Dara Khosrowshahi is under fire for calling the murder of Washington Post journalist Jamal Khashoggi a "mistake" on the part of the Saudi Arabian government that can be “forgiven,” while comparing the killing to issues posed by self-driving cars.

Saudi Arabia is Uber's fifth-largest shareholder, and the head of the nation’s sovereign wealth fund sits on the board of directors. It is also widely believed that the Saudi government played a key role in the killing of Khashoggi.

"I think that government said that they made a mistake,” Khosrowshahi told "Axios on HBO" in an interview aired on Sunday.

“Listen, it's a serious mistake. We've made mistakes too, right, with self-driving, and we stopped driving and we're recovering from that mistake,” Khosrowshahi said. “I think that people make mistakes, it doesn't mean that they can never be forgiven. I think they've taken it seriously.”

Khashoggi’s death stoked worldwide condemnation of the Saudi Kingdom and Crown Prince Mohammed bin Salman. The Uber boss was informed that the CIA has indicated the Saudi government ordered the brutal murder of Khashoggi.

“I didn’t read that part of the CIA report,” Khosrowshahi responded.

Last year, a bipartisan group of six senators introduced a nonbinding resolution stating the crown prince, known informally as "MbS," was "complicit" in the killing of Khashoggi at the kingdom's consulate in Istanbul.

"There's not a smoking gun. There's a smoking saw," Sen. Lindsey Graham, R-S.C., said at the time, referring to reports from the Turkish government that said Saudi agents used a bone saw to dismember Khashoggi after he was killed in the Istanbul consulate, where he had gone to obtain paperwork enabling him to marry his fiancee.

“About an hour after ending our ‘Axios on HBO’ interview with @dkhos, Dara called my cell to express regret for the language he used vis-a-vis Khashoggi. The next day he email [sic] over an official statement,” Primack wrote.

Khosrowshahi told Axios in the statement: "I said something in the moment that I do not believe. When it comes to Jamal Khashoggi, his murder was reprehensible and should not be forgotten or excused."

Khosrowshahi also took to Twitter Monday morning to further walk back his comments.

"There's no forgiving or forgetting what happened to Jamal Khashoggi & I was wrong to call it a ‘mistake,” Khosrowshahi wrote. “As I told @danprimack after our interview, I said something in the moment I don't believe. Our investors have long known my views here & I'm sorry I wasn’t as clear on Axios.”