Undercover recordings made by an alleged “whistleblower” capture CNN employees casually confirming the network's anti-Trump bias and show company president Jeff Zucker telling top news executives to focus solely on impeachment even at the expense of other important news, according to the conservative activist group that posted the bombshell footage online.

Project Veritas, whose founder, James O'Keefe, describes himself as a “guerrilla journalist” -- built up the release on social media with an “#ExposeCNN” hashtag, and Monday published the first segment of what is billed as a multi-part series. The video features Cary Poarch, who claims he was a satellite uplink technician at CNN’s Washington Bureau before, he says, his “dream job” quickly turned into a nightmare due to CNN's blatant bias. 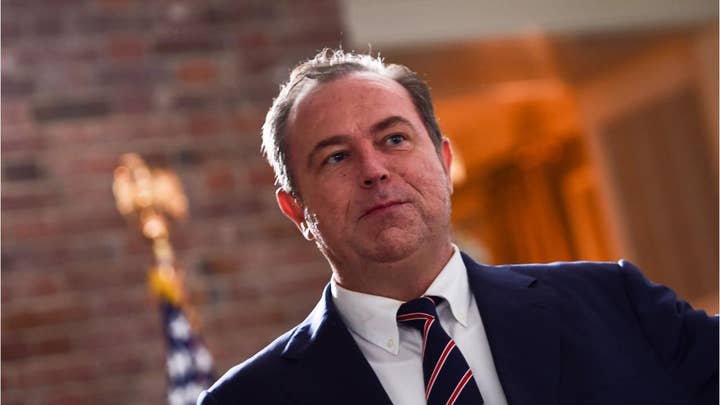 The duo has famously feuded since Trump’s foray into politics, with the president attacking the liberal network on a regular basis and accusing CNN of unfair coverage.

In the clip, Poarch said he decided to wear a hidden camera because of CNN's perceived bias, and that he secretly recorded Zucker’s 9 a.m. rundown conference call because the network was “pumping out propaganda.”

“It’s basically me wanting the news to be what they used to be -- news -- and not infotainment or a game show or chasing the ratings,” Poarch told O’Keefe. “CNN purports it to be facts first and that’s clearly not the case.

“I noticed after… that there was a strong group-think that permeated through the halls and that everyone was on board the ‘I hate Trump Train.’”

The video also showed someone identified as a CNN media coordinator Nick Neville being secretly recorded.

“Jeff Zucker, basically the president of CNN, has a personal vendetta against Trump… it’s not gonna be positive for Trump. [Zucker] hates him. He’s going to be negative,” the person identified as Neville said in the highly edited video.

Another alleged CNN employee, identified as media coordinator Christian Sierra, said that “everyone at the network” complains about the anti-Trump tone.

“They hate covering Trump all day,” he said

Project Veritas, which frames itself as a conservative whistleblower watchdog group, has previously released what it claims to be hidden camera footage of network news producers, federal politicians, and members of private political organizations making statements while unaware they were being recorded.