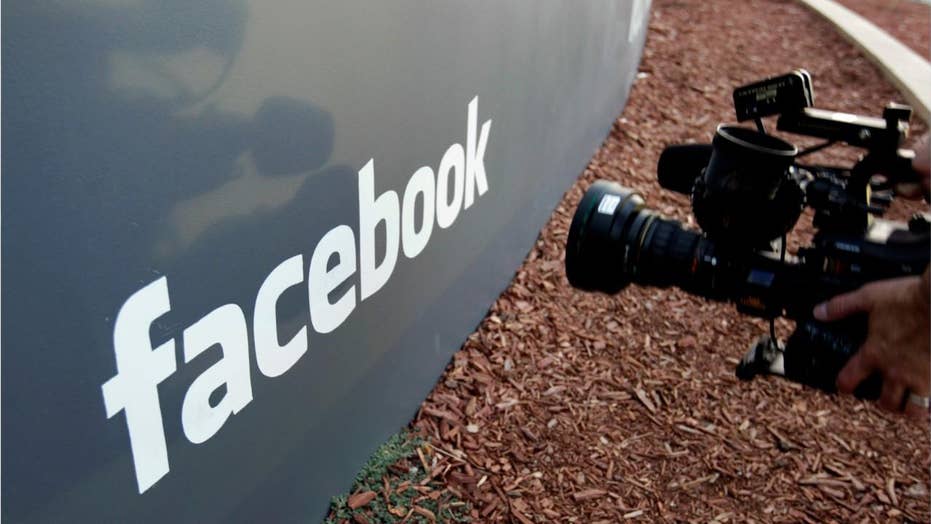 Without stronger regulation, Facebook could become a threat to democracy, according to the former head of GCHQ, the British equivalent of the NSA.

In 2010, Facebook CEO Mark Zuckerberg's story was the stuff of Hollywood movies. "The Social Network," about the website and its founder's meteoric rise, starred A-listers Jesse Eisenberg and Justin Timberlake, won an Oscar and made almost $250 million in the United States alone.

What a difference eight years makes.

Today, Zuckerberg is seen by many as a wincing megalomaniacal multibillionaire, and the personal data-mining company he created is viewed by some as an existential threat to democracy itself.

"It’s been a sudden thing. These people are not the darlings anymore and it’s been hard for them to adapt," Lincoln Network President Aaron Ginn told Fox News. "So they’ve made a lot of unforced errors."

Ginn, who co-founded the Lincoln Network five years ago to help technology and government work together to promote individual liberty and economic opportunity, added that “there are significant internal company responsibilities that, I think, [Facebook executives] have not lived up to.”

Indeed, in less than a decade, Zuckerberg has managed to enrage leaders on both sides of the aisle in the U.S., and around the world, as his social media network has emerged as a polarizing tool that can be politically weaponized amid concerns about algorithms issues, privacy, misinformation and bias.

'Zuckerberg got too big for his hoody, lost track of his responsibilities to Facebook users, advertisers and employees'

Facebook's perceived threat has reached such a level that Damian Collins, chairman of the U.K. Parliament’s Digital, Culture, Media and Sport Committee, recently took the extraordinary step of sending a sergeant-at-arms from the legislative body to use forceful tactics to seize secret documents that could contain data about Facebook's privacy controls and potentially shady correspondence between Facebook’s top executives.

Other high-profile figures in the U.K. have also voiced their concerns about the social network. Asked in a BBC interview whether Facebook is a threat to democracy, Robert Hannigan – the former head of GCHQ, the British equivalent of the NSA replied: "Potentially yes. I think it is if it isn't controlled and regulated.”

The documents, which are under seal in the U.S., are part of an ongoing lawsuit in California between Facebook and app developer Six4Three. Brits clearly think they're damaging, as the BBC described a sergeant-at-arms being sent to nab the documents as a "highly unusual" tactic that hasn't been employed "in living memory."

The once-sterling company has been operating under a dark cloud of suspicion for most of 2018, with European regulators insisting to probe the tech giant’s internal communications and British regulators hitting Facebook with a fine of 500,000 U.K. pounds ($644,000) -- the highest possible -- for failing to protect the privacy of its users in the Cambridge Analytica data scandal.

But the drama with Facebook is hardly limited to incidents across the pond – and both British and American lawmakers have mocked Zuckerberg's lack of cooperation with empty chairs to represent where he would have sat if he actually attended various hearings that he has blown off.

“Facebook is the villain and finally people know it,” Washington University professor Liberty Vittert wrote in a Fox News Op-Ed pegged to both the British lawmaker and the infamous Cambridge Analytica scandal. “If the government doesn’t get its act together and start creating and enforcing laws to regulate these powerful companies, we are in real trouble.”

As Facebook’s issues tick off lawmakers in various countries, the tech monster has also caught the attention of both liberal and conservative groups on U.S. soil.

'Facebook has now become part of the broader ‘establishment,’ which doesn't necessarily look out for the regular people, and thus, is now treated with suspicion'

Progressive advocacy groups, including MoveOn and Public Citizen, teamed up to create Freedom From Facebook – which calls on the FCC to break up Zuckerberg's massive conglomerate. Freedom From Facebook has accused the social media network of curating the news that billions of people consume, bankrupting potential competitors, killing innovation, reducing choice, tracking users and “spending millions on corporate lobbyists.”

Liberal advocacy groups have also decried Facebook’s use of a GOP opposition firm to do some digging on billionaire George Soros.

Meanwhile, Facebook has long been accused of censoring conservative viewpoints and promoting news with a liberal bias.

Ginn said that the majority of employees who determine what is considered hate speech and oversee content have liberal political views. He feels that institutional bias, combined with data proving the majority of users lean left, has turned Facebook into “activist central,” despite the social network not being designed for political activism.

“It doesn’t remove that they have a responsibility, when 50 percent of the nation believes something different, generally speaking, to accept them on their platform,” Ginn said.

Earlier this year the conservative Media Research Center launched TechWatch, a project dedicated to exposing those kinds of incidents as they plague the tech industry.

MRC Vice President Dan Gainor, who heads up the project, feels that the mainstream media “has been looking for someone or something to blame for Trump winning in 2016 and journalists are pointing the finger at social media."

'The top social media, search media companies reach billions of people and have the ability to silence the right more than even a major government'

“They are convinced that somehow the right used Facebook to win and they want it reined in or destroyed before a repeat performance in 2020,” Gainor told Fox News. “Facebook made its relationship with the media worse because it dared to work with a right-leaning group like Definers and used them to prepare ordinary research about billionaire liberal George Soros… the press has been on an anti-Facebook crusade ever since.”

Facebook Inc.’s board of directors defended the Soros controversy, saying that it was “entirely appropriate” to ask if the billionaire investor had shorted the company’s stock after he called the social-media giant a “menace.”

While the folks behind TechWatch and Freedom From Facebook don’t share ideologies, the two groups seem to agree that Zuckerberg's company is causing people harm.

“Censorship got very bad -- bad in ways that are tough to track, because all of our experiences online are personalized. People from ordinary citizens to major politicians have been censored and these firms use the vague term ‘hate speech’ to restrict any content they simply don’t like,” Gainor said. “The top social media, search media companies reach billions of people and have the ability to silence the right more than even a major government.”

DePauw University professor Jeffrey McCall told Fox News that Americans have “long suffered from the false notion that if something is technologically glitzy, it must necessarily be great,” and feels Facebook is the latest example.

“Facebook emerged as a craze that led people to believe the platform was a life enhancer in terms of social connections and flow of information, broadly considered.  While many people enjoy sharing photos and updates with friends, it turns out the platform gave false hope and expectations on many levels,” McCall said. “Hanging out on Facebook doesn't really make us happier and what we learn there might or might not be reliable. Individual privacy has been lost in many regards.”

Ginn noted that Facebook has become sort of “the middle man between the media and the customer,” and hasn’t gained many corporate friends in the process.

Among the mainstream media organizations that have attacked Facebook are BuzzFeed and The New York Times. BuzzFeed News recently quoted a number of current and former employees as saying the atmosphere at the Menlo Park, Calif.-based company is one of feeling "under siege" with a growing sense of "paranoia."

The New York Times recently published a bombshell report that detailed Facebook’s attempt to distance itself from various controversies, ranging from Russia-linked activity on the platform to attempting to discredit enemies. The report noted that Facebook has connected more than 2 billion people, essentially creating a “global nation unto itself” that has “reshaped political campaigns, the advertising business and daily life around the world.”

“Along the way, Facebook accumulated one of the largest-ever repositories of personal data, a treasure trove of photos, messages and likes that propelled the company into the Fortune 500,” the Times wrote. "As Facebook grew, so did the hate speech, bullying and other toxic content on the platform."

The scathing Times report painted Zuckerberg and COO Sheryl Sandberg as careless regarding their company’s ability to “disrupt elections, broadcast viral propaganda and inspire deadly campaigns of hate around the globe.”

'Legitimate concerns about the machinations behind the scenes at Facebook have surfaced now, and it is clear that big tech is not promoting individual empowerment'

Reporter-turned-investment banker Porter Bibb specializes in media, entertainment and technology ventures, with over 40 years of experience moving money in those fields. He told Fox News that it’s time to “bring in the grownups” because Zuckerberg is “blind to the fact that he is driving his company off the cliff.”

“Zuckerberg got too big for his hoody, lost track of his responsibilities to Facebook users, advertisers, and employees and failed to accept the fact that his inexperience does not qualify him to run the world's largest social media enterprise,” Bibb said. “Sandberg and Facebook's feckless board only intensified the likelihood that the roof will fall in on Facebook.”

Facebook algorithm issues are yet another concern for users on both sides of the political spectrum. The social network, for example, accidentaly tagged an excerpt from the Declaration of Independence as hate speech, and briefly censored a photo of Santa Claus.

TechWatch has only been around for three months but has faced no shortage of Facebook-related content, posting stories about the company failing to protect users from foreign scam artists, shadowbanning pro-life content, upsetting a journalists' union, raising the eyebrows of various lawmakers and examined a potential conflict of interest over Sen. Chuck Schumer, D-N.Y., -- who warned a colleague to back off Facebook -- because his daughter is employed at the company.

Ginn said that a lot of steps Facebook has taken to rectify the issues actually made the problems worse, pointing to Zuckerberg declaring he wanted the social media service to make people better as an example.

“Most people on the right would say, ‘That’s not your role,’ and they receive pressure from internal employees and users who say, ‘That is your role,’” Ginn said, before adding that the exit strategy for Facebook should simply be to act more “laissez-faire and Libertarian.”

The company’s mounting problems and newly-disclosed internal documents prompted a research firm to downgrade its stock to hold from buy last Thursday.

“Facebook has now become part of the broader ‘establishment,’ which doesn't necessarily look out for the regular people, and thus, is now treated with suspicion. Legitimate concerns about the machinations behind the scenes at Facebook have surfaced now, and it is clear that big tech is not promoting individual empowerment, but instead exploiting the masses for profit, power and pushing of ideology,” McCall said.