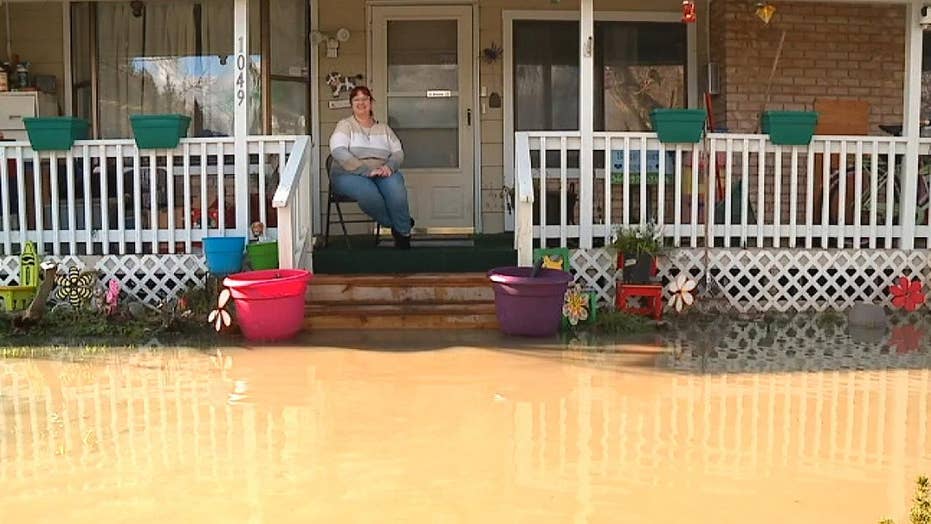 Widespread flloding has Sumas, Washington residents hoping for the best

Sumas, Washington residents watch flood waters recede so they can access the damage.

A series of storms that have pounded the Pacific Northwest with heavy rain and mountain snows spawned major flooding in Washington state over the weekend, forcing authorities to close a border crossing with Canada.

The National Weather Service office in Seattle said that rivers in western Washington will continue to recede on Monday.

"However, another batch of heavy rains later this week will cause rivers to rise again and will likely lead to another round of river flooding," the NWS said.

In the town of Sumas, Wash., located about 115 miles north of Seattle along the Canadian border, floodwater filled the streets of the small town beginning early Sunday.

The Sumas Police Department said the water had left many roads impassable and urged people to drive through flooded roadways.

Streets in Sumas, Wash. were flooded on Sunday after rains from recent storms. (Sumas Police Department)

Willie Euper told Q13FOX he woke up Sunday morning to several inches of water in his home.

"At about 5:30 this morning, we heard a big boom on the side of our house, then all of a sudden it came in like a tidal wave," Euper said. "They told us about the big flood coming and everybody was kind of skeptical 'cause I've been out here for 11 years and I've never seen this."

The Washington Department of Transportation said that State Route 9 was also closed through the area due to flooding.

In Snohomish County, officials on Monday morning said that three people had to be rescued from two separate vehicles after they attempted to drive through flooded roadways.

Schools throughout the area were closed on Monday due to the flooding, and the American Red Cross opened up a flood evacuation center in the Marietta area, according to Q13FOX.

Forecasters at the NWS Seattle said that rivers will continue to recede, with many dropping below flood stage by Monday night.

"However, another period of moderate to heavy rainfall is expected to begin late Tuesday and continue through at least Thursday or Friday as an atmospheric river may set up across Western Washington," the NWS said. "This will result in renewed rises on many area rivers, with flooding and elevated landslide risk possible during this time."