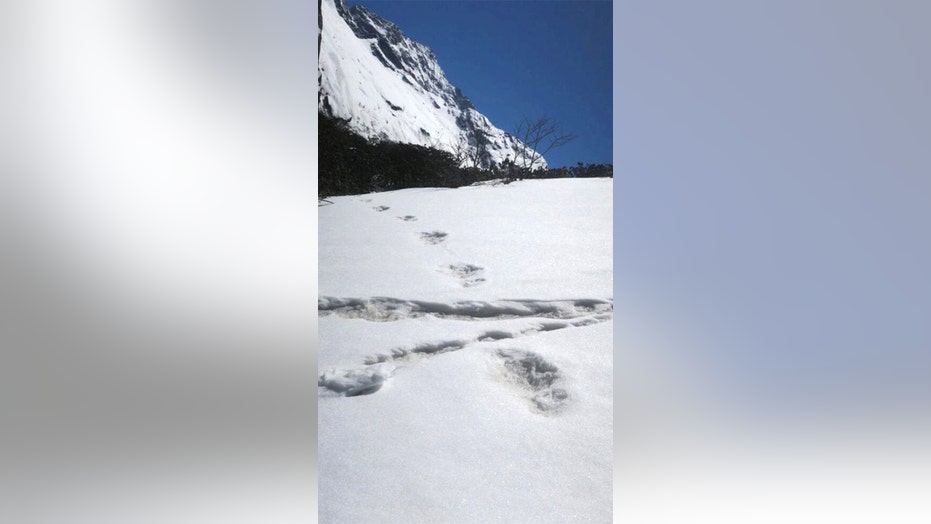 If the legendary Bigfoot gets lonely after trekking across the continental U.S., maybe he can join up with the Yeti for a skiing trip on the other side of the globe.

The Indian Army, on its official Twitter account, claims to have found footprints of the mysterious Yeti, also known as the abominable snowman.

"For the first time, an #IndianArmy Moutaineering Expedition Team has sited Mysterious Footprints of mythical beast 'Yeti' measuring 32x15 inches close to Makalu Base Camp on 09 April 2019," the account wrote in an April 29th tweet. "This elusive snowman has only been sighted at Makalu-Barun National Park in the past."

Largely regarded by the scientific community as a myth, the Yeti is part of Nepali folklore and is said to live high in the snow-capped Himalayas. In a tweet accompanied by pictures, the Indian army said it had sighted footprints measuring 32 by 15 inches (81 by 38 cm) close to a camp near Mount Makalu. Indian Army/via REUTERS

The tweet has gone viral, and has been retweeted more than 8,000 times and accumulated more than 2,200 comments.

Much to the surprise of no one, many on Twitter had a bit of fun with their replies. "The result of reading to much Tintin in one's childhood," one person wrote.

Another wondered whether the tracks were made by Wun Wun, the now deceased giant from the TV show, "Game of Thrones."

Much like Bigfoot, the Yeti is part of Nepali folklore and has never been spotted before. Despite the dubious claim, the Indian Army said the Yeti had "only been sighted at Makalu-Barun National Park in the past."

Footprints are seen in the snow near Makalu Base Camp in Nepal, in this picture taken on April 9. Mountaineers from the Indian army on expedition in Nepal have found mysterious large footprints in the snow that they think belong to the Yeti, or the abominable snowman, the military said on Tuesday.

The New York Post reports that the "evidence" was “handed over to subject matter experts."

Perhaps if the "experts" can't find Yeti, they can always turn to Jose Canseco.