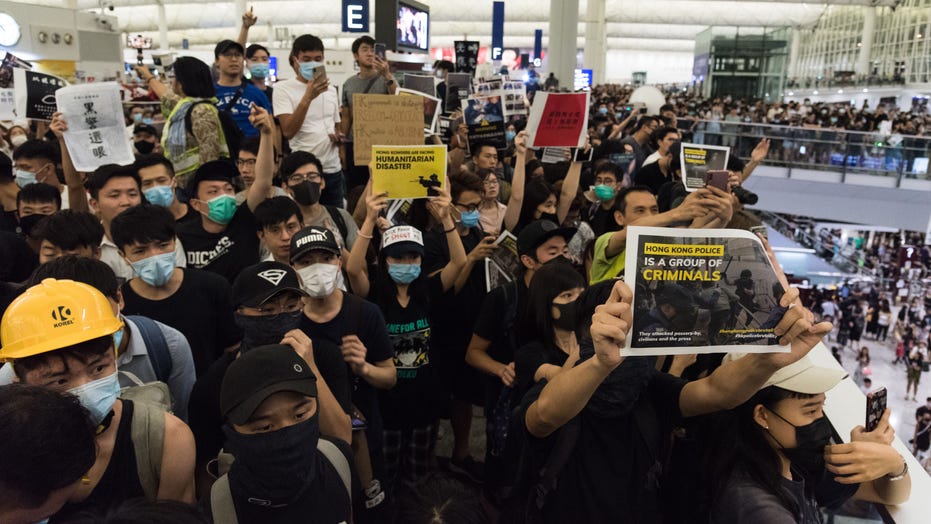 Google said Thursday that it had shut down 210 YouTube channels after the company learned they were tied to misinformation about the pro-democracy protests in Hong Kong.

The announcement came after Twitter and Facebook suspended nearly 1,000 accounts tied to a Beijing-backed disinformation campaign. YouTube has also faced pressure to remove Chinese state media advertisements from its videos.

"Earlier this week, as part of our ongoing efforts to combat coordinated influence operations, we disabled 210 channels on YouTube when we discovered channels in this network behaved in a coordinated manner while uploading videos related to the ongoing protests in Hong Kong," Shane Huntley of Google Security's Threat Analysis Group said in a blog post.

Protesters hold placards during a demonstration at the Hong Kong International Airport.  (Photo by Aidan Marzo/SOPA Images/LightRocket via Getty Images)

"We found use of VPNs and other methods to disguise the origin of these accounts and other activity commonly associated with coordinated influence operations," Huntley added.

Google's statement did not explicitly blame the Chinese government for the misleading accounts.