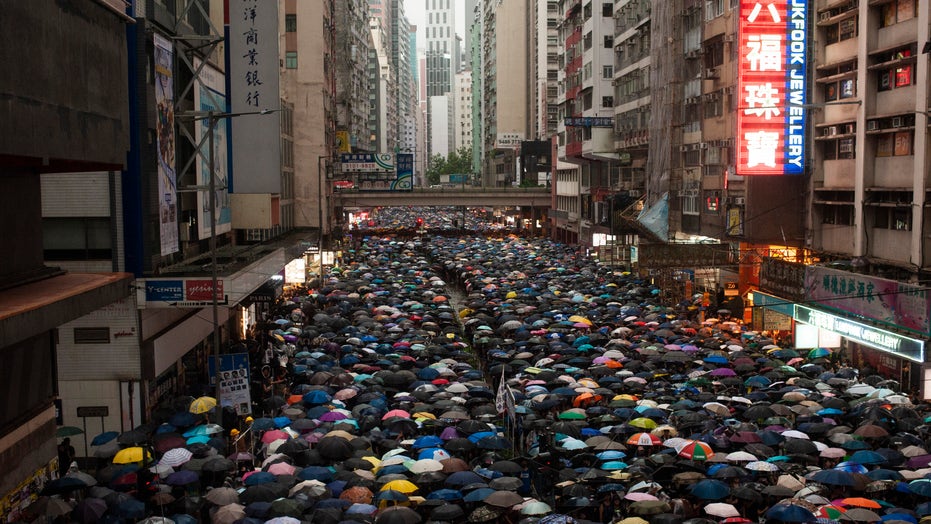 YouTube users are pressuring the video platform to take down advertisements for China Central Television (CCTV), a state media channel accused of spreading misinformation about pro-democracy protests in Hong Kong.

According to users who have posted screenshots of the ads to Twitter and Reddit, the ads often depict the protests as illegitimate and a product of foreign influence. The claims come on the heels of a disinformation campaign orchestrated by China against the protesters that was revealed by Facebook and Twitter.

"YouTube is infested with ads by Chinese media saying protesters are rioters and violent, while saying the police are doing a great job," one user posted on Reddit.

Protesters march while holding umbrellas during the demonstration. Over 1 million Hong Kongese protesters filled the streets of Hong Kong Island to protest against police brutality, the extradition bill, and other grievances despite a constant heavy downpour. (Getty Images)

"CCTV is showing propaganda attacking #HKprotests in @YouTube @GoogleAds. Google, why are you helping China gov to undermine freedom of HKers with your platform?" another user named Chu Ka-cheong tweeted.

Twitter said in a blog post this week that it will no longer accept advertising for state media operations like CCTV. Facebook, which did not announce a new policy, said it will be "continually improving to stay ahead." Both companies also removed a range of accounts and pages that were tied to a Chinese disinformation campaign targeting pro-democracy demonstrators.

Hong Kong has seen growing protests over a now-shelved extradition bill, police brutality and the influence of mainland China on Hong Kong's political process. The protests have grown larger over the last few weeks, with demonstrators bringing the semi-autonomous territory's airport to a standstill and at times clashing with police.

According to The Verge, a number of state media organizations maintain a presence on YouTube, including China's state-run press agency Xinhua and Russian international TV channel RT.