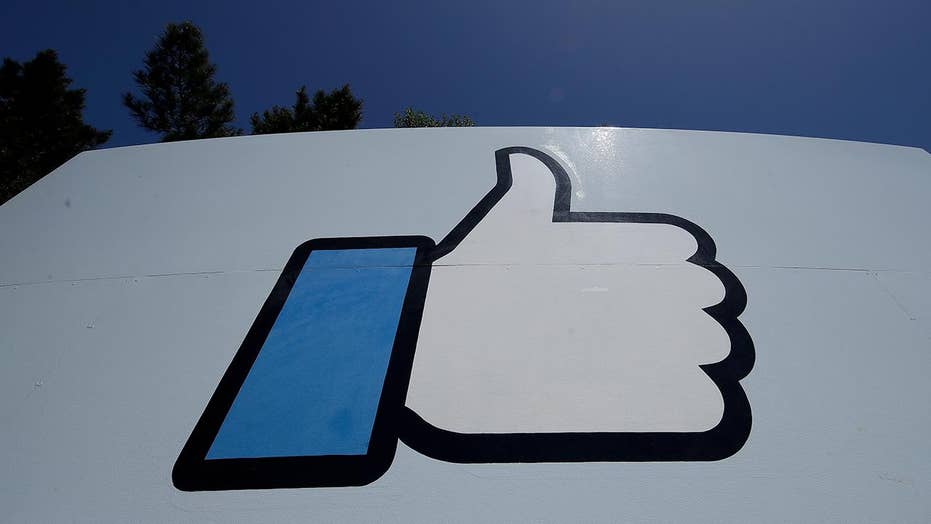 Zuckerberg's college roommate calls out his motives; reaction and analysis from our ladies night panel on The Story.'

MENLO PARK, Calif. - Facebook is under fire from all corners of the globe but anyone who attended the tech giant’s International Press Day would have no idea, as things appear just fine inside Mark Zuckerberg’s sprawling Silicon Valley headquarters.

Critics have put a spotlight on widespread privacy concerns, conservative groups feel Facebook censors their sentiments and the House Judiciary Committee is even investigating the company’s market dominance. While all of this has created an endless stream of negative attention, reporters from across the world found it difficult to get answers during the two-day press event. It was all sunshine and rainbows as Facebook honchos glowingly touted the company’s global initiatives while rank-and-file staffers praised the day-to-day workplace lifestyle.

Some attendees wondered aloud why hard news journalists were included in the first place, as Facebook’s charming communications team carefully curated the information and sessions. During Day 1 of the event, over 50 reporters learned about advancements made to Facebook’s app and the unveiling of an impressive new feature that encourages users to donate blood.

“Why are you guys even here?” a lifestyle reporter asked a group of journalists during a break.

Media members learned how to slap various animal masks onto their selfies during a session promoting Facebook Stories. At one point, Facebook global marketing solutions vice president Carolyn Everson took the stage and ironically spoke about how Mark Zuckerberg isn’t afraid to take hard questions during a session on the company’s culture. To her credit, Everson appeared willing to answer questions but only took a handful before being whisked away.

After Everson’s session, it was back to positivity with lessons on the company’s international matchmaker service called Facebook Dating and a seminar about Facebook’s gaming initiatives. A session about what happens to Facebook profiles of dead people wrapped things up before an Instagram-branded happy hour.

The tech giant’s security team kept a close eye on journalists, who were quickly corralled if they wandered away from the press event. But employees who decided to interact with the press had at least one thing in common: they love their jobs.

The massive campus is filled with young, casually dressed staffers enjoying endless snacks in what appears to be a worry-free environment. It certainly doesn’t show if staffers are worried about Facebook’s plethora of issues. The campus includes countless dining options where employees eat for free and there are inspirational messages plastered across the walls. They have a burger joint, pizza places, ice cream shops, coffee places, Mexican food, BBQ, sushi, a ton of other cuisines and grab-and-go snacks are everywhere. Well-traveled staffers don't mind praising the perks of working for Facebook, which seems to accommodate their every need.

Restrooms are stocked with toiletries, cocktail parties pop up sporadically and there is even a spa. The mini community feels more like an exclusive, adult summer camp than the headquarters of one of the world’s most powerful businesses – but it seems that’s exactly what Facebook execs desire.

The first day of the two-day press event didn’t generate any headlines and reporters left eagerly awaiting Day 2, when COO Sheryl Sandberg was scheduled to conduct a Q&A. A few hours before Sandberg’s session, the Wall Street Journal published a report that Zuckerberg allegedly sent emails indicating he was aware of “potentially problematic privacy practices” at the company.

The second day kicked off with an outdoor gathering where the reporters were taught breathing techniques and ways to relax. While several attendees happily participated, others were busy strategizing how they would ask Sandberg about the Journal's bombshell. But Facebook had asked some of the reporters in attendance to submit their questions in advance, allowing Sandberg to prepare for anything considered combative or unfriendly.

Fox News submitted questions about Facebook’s community standards providing protections for immigration status but not political affiliation, intellectual diversity, free speech vs. hate speech and whether or not conservative sentiments could be deemed hate speech by liberal curators.

Fox News was not called on during Sandberg’s session. In fact, nobody that was called on asked about the report. Sandberg fielded one question about a recent New York Times opinion piece calling for Facebook to be broken up – but she essentially brushed it off and moved on.

Afterward, a group of frustrated reporters attempted to question Sandberg in the hallway but she was quickly whisked away.

Facebook executives spent the rest of the day educating reporters on various initiatives and products. A few provocative questions were randomly asked, but staffers didn’t have the authority or clout of Sandberg when it came to speaking about sensitive topics.

The event ended with a dinner where reporters and Facebook staffers mingled over drinks in the outdoor section of an off-campus restaurant. Israeli reporter Dror Globerman, who was enjoying his trip but frustrated by the lack of real journalism allowed at the event, attempted to round up all the questions submitted to Facebook that went unanswered but it’s unclear how many attendees were willing to reveal their would-be queries.