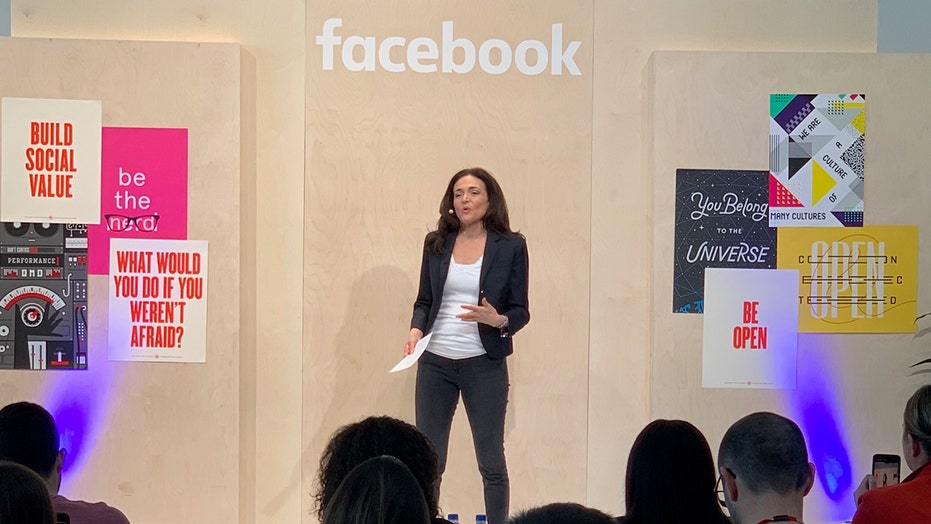 Zuckerberg's college roommate calls out his motives; reaction and analysis from our ladies night panel on The Story.'

MENLO PARK, Calif. - Facebook COO Sheryl Sandberg ignored a negative bombshell and brushed off calls to break up the tech giant during a Q&A session with reporters from around the world Wednesday at the company’s Menlo Park headquarters.

“I think there are real concerns about the size and power of tech companies, particularly in the U.S.,” Sandberg said when asked about a recent New York Times opinion piece by Chis Hughes calling for Facebook to be broken up.

“The question is, ‘What is the answer to making sure that we have right regulatory framework in place? Anti-trust… is really about consumer protection and making sure that consumers have choice. I think if you look at our products, and you look at what we do, it’s just pretty clear that there is a lot of choice,” she added.

Sandberg said that consumers need to “pay attention” to how much choice there is in the social media space, pointing to Apple’s iMessage and other messaging services that compete with the Facebook-owned WhatsApp.

“The thing about tech companies, we are more likely to be usurped by the next generation of tech companies than almost any other industry. In our industry things change so quickly,” she said. “But we really believe that the regulatory framework does need to be enhanced. We’re calling for regulation in areas like privacy.”

Sandberg’s session was part of a two-day event billed Facebook International Media Day that focused on promoting positive elements of the company, such as a new initiative to encourage donating blood. Reporters from across the globe were eager to have a chance to ask real questions of Sandberg, as negative headlines about her company pop up on a regular basis.

Over 50 reporters were gathered in Facebook’s lobby prior to the event when news of a Wall Street Journal report that CEO Mark Zuckerberg allegedly sent emails indicating he was aware of “potentially problematic privacy practices” at the company began to circulate. Sandberg did not receive a question about this report, much to the chagrin of reporters in attendance.

“I expected to be disappointed but that exceeded my expectations,” a reporter was heard venting after the session.

Facebook had asked some of the reporters in attendance to submit their questions in advance, allowing Sandberg to prepare for anything considered combative or unfriendly. Fox News submitted questions about Facebook’s community standards providing protections for immigration status but not political affiliation, intellectual diversity, free speech vs. hate speech and whether or not conservative sentiments could be deemed hate speech by liberal curators. Fox News was not called on during the session.

Many reporters complained that Facebook honchos focused on lifestyle and self-promotional tidbits while hard news reporters were left wondering why negativity surrounding the company was largely ignored.

“We don’t want people to see fake news on Facebook, so we are taking action,” Sandberg said before explaining that misinformation is referred to a third-party fact checker and content that could result in “real world violence” is removed.

Israeli reporter Dror Globerman, who was openly frustrated by the lack of real journalism allowed at the event, yelled a question about Facebook’s algorithms exploiting the vulnerabilities of users for profit as Sandberg was wrapping things up.

Sandberg called it a serious question and said that Facebook knows who users are engaging with and connecting to, but dismissed the idea that algorithms go too far.

“We can’t hack into your brain,” she said. “What we do know is what you respond to.”

Sandberg ended by saying that social media is facing the same challenges that the printing press industry, railroads, radio, television and other new technology faced over the course of history.

Several reporters followed Sandberg out of the room, attempting to ask questions as an assistant handed her a headset and reminded her about an important conference call she had to jump on.