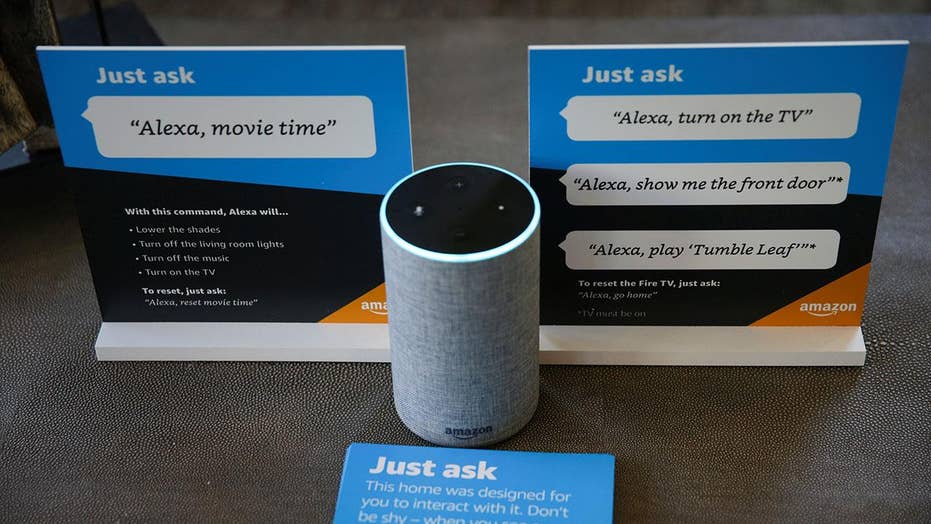 Do you choose your words wisely around your Amazon device?

An Oregon couple says their Amazon Alexa device recorded and sent their private conversations to a random person from their cell phone contact list.

Sean Parker, the founding president of Facebook, suggested that Amazon is a bigger threat to privacy than its Silicon Valley rivals.

Parker, who also founded Napster, said on Wednesday that there's "no limit" to how Amazon could be storing and listening to private conversations with its Alexa smart home device.

"If you're having a conversation in front of an Alexa-enabled device, Amazon is not guaranteeing you any privacy," Parker told CNBC in a discussion at the Milken Institute MENA Summit.

Amazon, which has been blasted by civil liberties groups over its facial recognition technology, came under fire last May when a woman in Oregon claimed her Alexa smart speaker recorded a private conversation and then sent it someone in her contact list. The tech giant claimed it was an "extremely rare" incident.

A spokesperson from Amazon gave Fox News the following statement via email on Wednesday:

“At Amazon, customer trust is of the utmost importance, and we take privacy seriously. By default, Echo devices are designed to only capture audio after it detects the wake word. Only after the wake word is detected does audio get streamed to the cloud, and the stream closes immediately after Alexa processes a customer request. No audio is stored or saved on the device. Customers can also review and delete voice recordings in the Alexa App or by visiting www.Amazon.com/Alexaprivacy.”

The updated Amazon Alexa Plus is on display in Amazon's Day 1 building in Seattle on September 20, 2018.  (Getty Images)

In March, a malfunction caused Alexa smart speakers to emit a creepy laugh that users called out on Twitter.

"If the public dialogue doesn't change these companies' behavior then...it becomes a government issue," Parker, who left Facebook in 2006 after less than two years on the job, said.

Facebook is facing continued scrutiny over the privacy implications of its data-centric business model. Regulators in Germany ruled last week that CEO Mark Zuckerberg's company should not be allowed to use customer data from other apps and websites to target advertisements shown on Facebook without users' explicit consent.

One of Zuckerberg's early mentors, the venture capitalist Roger McNamee, penned a book arguing that Facebook threatens society and has characterized the social network as invasive and manipulative — calling on users to fight back and demand regulatory changes.