Why the American Civil Liberties Union is calling out Amazon’s facial recognition tool, and what the ACLU found when it compared photos of members of Congress to public arrest photos.

A group of Amazon shareholders is pushing the tech giant to stop selling its controversial facial recognition technology to U.S. government agencies, just days after a coalition of 85 human rights, faith, and racial justice groups demanded in an open letter that Jeff Bezos' company stop marketing surveillance technology to the feds.

Over the last year, the "Rekognition" technology, which has been reportedly marketed to the U.S. Immigration and Customs Enforcement (ICE), has come under fire from immigrants' rights groups and privacy advocates who argue that it can be misused and ultimately lead to racially biased outcomes. A test of the technology by the American Civil Liberties Union (ACLU) showed that 28 members of Congress, mostly people of color, were incorrectly identified as police suspects.

However, Amazon has previously hit back at the ACLU for not publishing its methodology or dataset in full, and the company takes issue with the 80 percent confidence level threshold that the privacy advocates used.

"We recommend 99% for use cases where highly accurate face similarity matches are important," Amazon said in a blog post. Amazon ran its own test creating a face collection with a dataset of over 850,000 faces and then used public photos of all members of U.S. Congress to search against the collection with a confidence threshold of 99 percent. The tech giant saw its misidentification rate drop down to zero.

According to media reports and the ACLU, Amazon has already sold or marketed "Rekognition" to law enforcement agencies in three states.

FACEBOOK REMOVES 512 RUSSIAN ACCOUNTS AND PAGES THAT WERE SPREADING DISINFORMATION

“It’s a familiar pattern: a leading tech company marketing what is hailed as breakthrough technology without understanding or assessing the many real and potential harms of that product," Michael Connor, executive director of Open MIC, a nonprofit that works with tech companies to foster shareholder engagement, said in a statement. Sales of "Rekognition" to government represent a considerable risk for the company and investors. That’s why it’s imperative those sales be halted immediately.”

The Open MIC statement says investors are worried the technology will be used by local and federal government agencies "to justify the surveillance, exploitation, and detention of individuals seeking to enter the U.S." and it urges Amazon to work with civil liberties and human rights experts to assess the program's impact.

Amazon is facing additional pressure from a coalition of 85 civil rights, racial justice and faith groups in the form of another letter demanding that the tech giant not sell its face surveillance technology to the government.

"The dangers of face surveillance can only be fully addressed by stopping its use by governments," the letter states. "Face surveillance gives the government new power to target and single out immigrants, religious minorities, and people of color in our communities. Systems built on surveillance will amplify and exacerbate historical and existing bias that harms these and other over-policed and over-surveilled communities."

During an event in October, Bezos pushed back on the backlash over Amazon's work with the U.S. military. 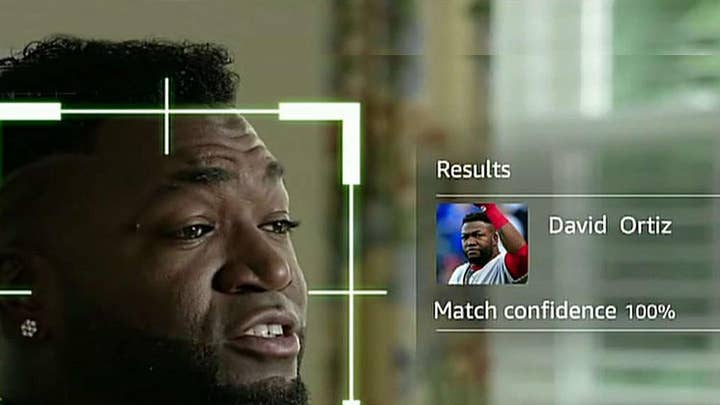 “If big tech companies are going to turn their back on the U.S. Department of Defense, this country is going to be in trouble,” Bezos said at an event in San Francisco. Fox News reached out to Amazon for comment on the shareholders' resolution and civil rights coalition letter.

A source familiar with the program pointed out the many positive uses of facial recognition technology, such as finding missing children and preventing people from using false identification at airports.

The coalition letter – which was also sent to the chief executives of Microsoft and Google – states that Amazon ignored community concerns by pushing the technology to ICE and the FBI. In December, the letter notes, Google announced that it won't sell a face recognition product until the technology's dangers are addressed.

“Companies can’t continue to pretend that the ‘break then fix’ approach works,” said Nicole Ozer, Technology and Civil Liberties director for the ACLU of California, in a statement. “History has clearly taught us that the government will exploit technologies like face surveillance to target communities of color, religious minorities, and immigrants."

The parties involved in the resolution, which will be introduced at the company's spring shareholder meeting, include the Sisters of St. Joseph Brentwood, a New York-based organization that according to its website is "committed to Jesus’ mission and seeks to promote justice, to live lives of non-violence and to respond to the needs of our time." It's unclear how many Amazon shares the resolution filers own, but Open MIC says the group represents a total of $1.32 billion in assets under management.

The organizations signing the ACLU letter include the Arab American Institute, the Center for Media Justice, Make the Road New York, Color of Change, Human Rights Watch, Silicon Valley Rising, the Immigrant Defense Project and Harvard Law School's National Lawyers Guild, among others. In June, the ACLU delivered a petition signed by 150,000 people calling on Amazon to stop sell facial recognition technology to the police.