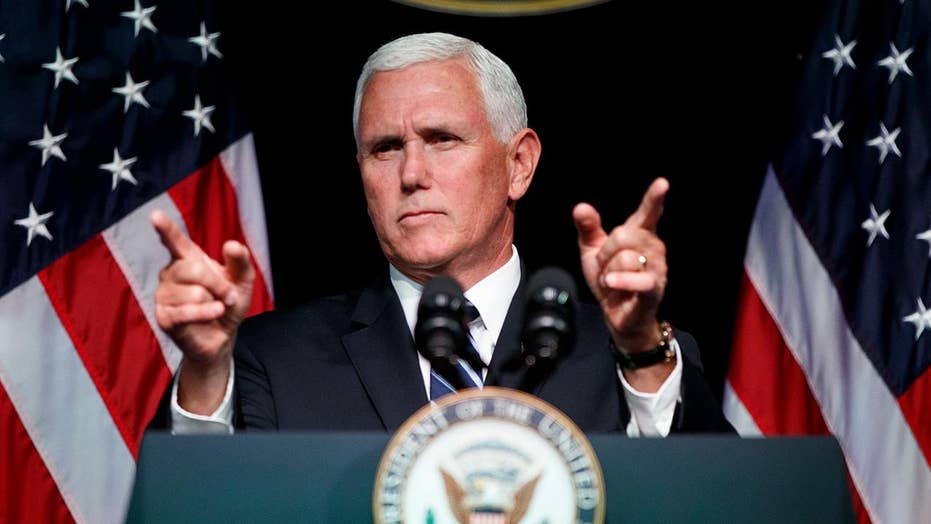 In a wide-ranging podcast, Tesla and SpaceX CEO Elon Musk said he likes the idea of President Trump's Space Force, even if the idea is controversial.

Speaking with the co-founder of Recode and technology journalist Kara Swisher, Musk said Trump's idea of a sixth military branch is intriguing.

"Well, this may be a little controversial, but I actually like the idea. I think it’s cool," Musk told Swisher. "You know, like, when the Air Force was formed, there was a lot of like pooh-poohing, and like, “Oh, how silly to have an Air Force!” You know, because the aircraft in World War II were managed by the Army."

He continued: "And so you had the Army and the Navy and the Coast Guard and the Marines, and then ... it became pretty obvious that you really needed a specialized division to manage aircraft. And so the Air Force was created. And people today may not realize back then it was wildly panned as a ridiculous thing to create the Air Force, but now everyone’s like, 'Obviously, you should have an Air Force.' And I think it’s gonna become obvious that we should have a Space Force, too."

When Swisher asked him what it would do, given that parts of the Air Force are already responsible for protecting space, Musk said the Space Force would defend space.

"You know, it’s basically defense in space. And then I think also it could be pretty helpful for maybe expanding our civilization ... You know, expanding things beyond Earth," Musk said. "I think we could just have a base on the moon, for example. A base on Mars. Be great to expand on the idea of a Space Force. Anyone who has an exploratory spirit, and I think that especially applies to a country like the United States, where you know it’s kind of the distillation of the spirit of human exploration. I think the idea of being out there among the stars and among the planets is very exciting."

The full podcast can be listened to here.

The Air Force Space Command (AFSPC) is the unit of the military focused on space and was recently cited as an example of why the U.S. does not need a Space Force by astronaut Mark Kelly, who called Trump's proposal "a dumb idea" in June. Kelly has been mentioned as a possible Democratic congressional candidate in the past and is married to former Rep. Gabby Giffords.

In June, President Trump ordered the Pentagon to establish a national “space force” that would become the sixth branch of the armed forces. “We are going to have a Space Force,” Trump said at a meeting of the National Space Council in Washington D.C. “An Air Force and a Space Force. Separate, but equal.”

The idea of another branch of the military has come under scrutiny from both sides of the aisle and even the Secretary of Defense, James Mattis, has expressed differing ideas on such a prospect.

In October 2017, Sec. Mattis wrote letters to several congressmen, including the late Sen. John McCain, then the Chairman of the Committee on Armed Services, saying he opposed "the creation of a new military service and additional organizational layers at a time when we are focused on reducing overhead and integrating joint warfighting functions." In August 2018, Mattis warmed up to the idea, telling reporters that he "was not against setting up a Space Force," before adding that he "was against rushing to do that before we could define the problem" that needed solving.

Others, such as astrophysicist Neil Degrasse Tyson, have said it isn't a "crazy idea".