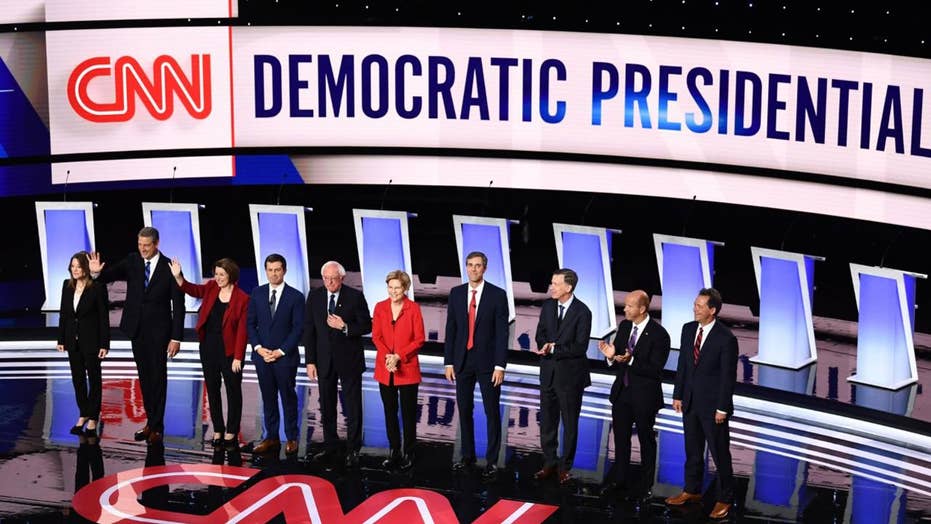 According to research done by analytics firm Storyful, bot-like accounts pushed the hashtag #DemDebateSoWhite during Tuesday night's Democratic presidential debate. Of the 460 accounts that Storyful analyzed, 400 received what they describe as a 'medium bot score.' The source of the bots has not yet been determined, and despite the activity around the hashtag, it did not feature among the top 20 hashtags shared during the debate.

The hashtag received thousands of interactions in discussions related to the debate, the social media intelligence specialist said. “Storyful analysis indicates a high degree of automation and bot-like activity among the accounts interacting with the hashtag,” it said in a statement.

Of 460 accounts analyzed, 400 received what Storyful describes as a “medium bot score” that scrutinizes data such as username patterns and the uniqueness and volume of the social media posts associated with them. The source of the bots has not yet been identified.

“The bot-like activity on #DemDebateSoWhite follows a high degree of automation in discussion around Kamala Harris’s ethnicity during the first Democratic debate, indicating the issue of race as a possible target for bot and bot-like accounts during the election campaign,” Storyful added.

However, despite the activity around the hashtag, #DemDebateSoWhite did not feature among the top 20 hashtags shared during the debate, according to Storyful, which noted that its impact on the overall discussion surrounding the debate was negligible.

Some verified Twitter accounts, including Russia Today’s account, also tweeted using the hashtag Tuesday. Previously, the hashtag was used with regard to Democratic presidential debates in 2016.

Overall, Sen. Bernie Sanders dominated social media during the CNN-sponsored debate in Detroit, according to Storyful’s data. “A strong showing in the second debate made him the most mentioned candidate on social media, and his riposte to Tim Ryan on Medicare for All – ‘I wrote the damn bill!’ – was the most shared link during the debate,” Storyful explained.

However, the most Googled Democratic candidate during the Detroit debate was Marianne Williamson, followed by Sanders and Warren, according to Google Trends data.

Storyful is a division of News Corp., which, like Fox News' parent company Fox Corp., was founded by Rupert Murdoch.