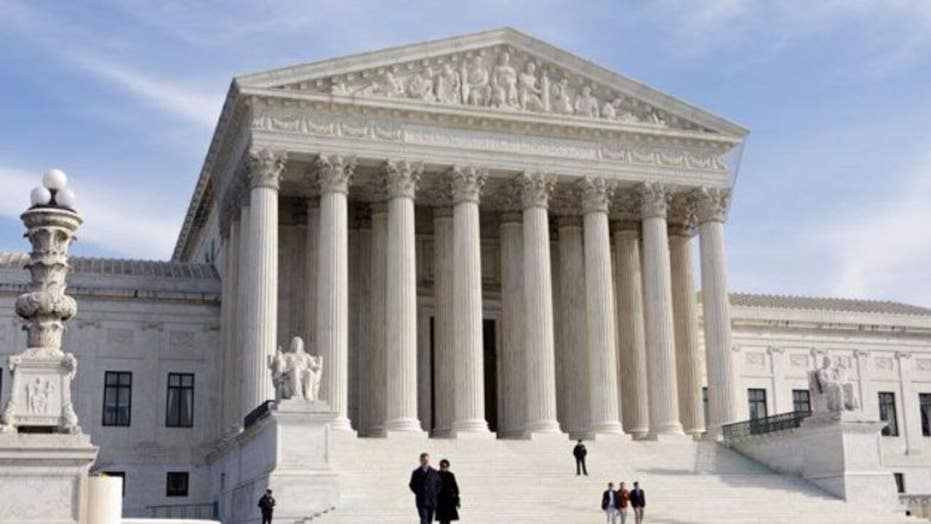 'Outnumbered' on DACA decision: SCOTUS rewarded Congress for doing nothing on the issue

'Outnumbered' reacts to the Supreme Court ruling on DACA

Apple CEO Tim Cook tweeted the company is "glad" for the court ruling, adding Apple "will keep fighting until DACA’s protections are permanent."

Cook, who recently announced a $100 million commitment towards ending racial injustice and inequality, has a working relationship with Trump on certain issues, such as tax reform, something Apple employees have lauded.

However, the two have been at odds over certain issues, chief among them, immigration reform.

Google CEO Sundar Pichai also tweeted his sentiments, noting that the decision, which was split 5-4, was a "victory for us all."

"Amazon applauds the Supreme Court's decision to protect DACA," the company wrote on the platform. "DREAMers are critical to America’s family & economy, & we are grateful for those who've helped us create & innovate. We'll continue to push for laws that honor their contributions & allow a path to citizenship."

The Supreme Court ruled Thursday against the Trump administration’s effort to end the Obama-era program that offers legal protections to young immigrants brought to the country illegally as children.

The court ruled that the administration's decision to rescind the DACA program violated the Administrative Procedure Act (APA), which sets out rulemaking procedures for federal agencies.

In a 5-4 decision, with Chief Justice John Roberts joining the liberal members to author the opinion, the court said the Department of Homeland Security's move to eliminate the program was done in an "arbitrary and capricious" manner although they did not rule on the merits of the program itself.

In Thursday's opinion, Roberts wrote that when the administration rescinded DACA it "failed to consider the conspicuous issues of whether to retain forbearance" -- referring to the non-enforcement of immigration laws to remove those with DACA protection -- as well as the impact the decision would have on DACA recipients who have relied on the program.

"The appropriate recourse is therefore to remand to DHS so that it may consider the problem anew."

"Do you get the impression that the Supreme Court doesn’t like me?," President Trump tweeted, in response to the decision.

"As President of the United States, I am asking for a legal solution on DACA, not a political one, consistent with the rule of law. The Supreme Court is not willing to give us one, so now we have to start this process all over again," he added, in a subsequent tweet.