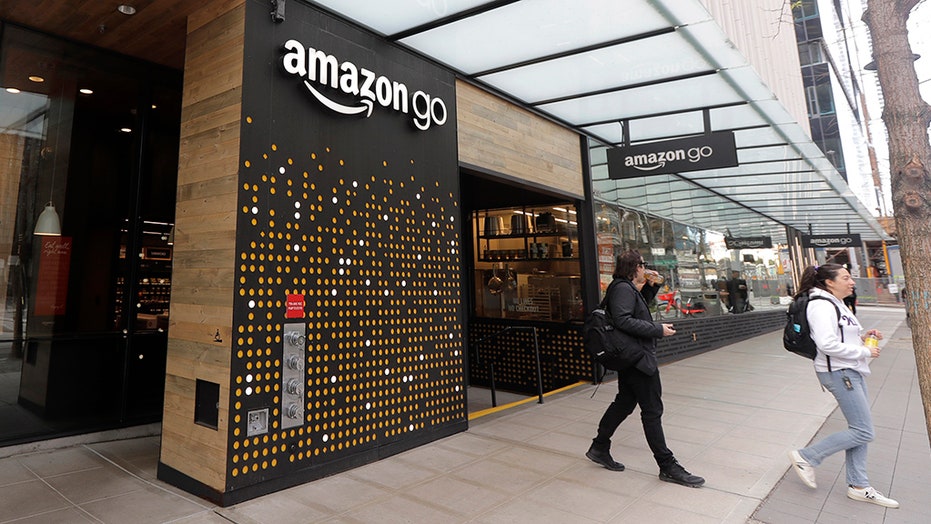 After Amazon announced it fired a worker at its Staten Island, N.Y., warehouse after he helped organize a walkout over its coronavirus responses, New York City Mayor Bill de Blasio said he was calling for an investigation into the Jeff Bezos-led tech giant.

“The allegation is because he spoke up for the safety of his fellow workers, he was fired. I have ordered the city’s Commission on Human Rights to investigate Amazon immediately to determine if that’s true,” de Blasio said at a Tuesday press conference. “If so, that would be a violation of our city human rights law, and we would act on it immediately.”

An Amazon spokesperson pointed Fox News to its previously issued statement about the fired worker, Christian Smalls, saying it had terminated Smalls because he violated several terms of his employment.

"Mr. Smalls received multiple warnings for violating social distancing guidelines and putting the safety of others at risk," the spokesman said. "He was also found to have had close contact with a diagnosed associate with a confirmed case of COVID-19 and was asked to remain home with pay for 14 days, which is a measure we’re taking at sites around the world. Despite that instruction to stay home with pay, he came onsite today, March 30, further putting the teams at risk. This is unacceptable and we have terminated his employment as a result of these multiple safety issues."

Smalls had demanded that the Jeff Bezos-led company close its Staten Island fulfillment center for a deep cleaning after a worker tested positive for COVID-19 in mid-March. Smalls, along with allegedly more than 100 workers, walked off the job at about 12:30 p.m. Monday, the New York Post reported.

"There's 10 cases confirmed here and the media only knows about one," Smalls told the news outlet. "They have to shut this down. That's all we want."

Fox News has reached out to Smalls with a request for comment.

Following the news that Smalls was fired, New York Attorney General Letitia James issued a statement, saying "it is disgraceful" the company terminated Smalls, who "bravely stood up to protect himself and his colleagues."

"In New York, the right to organize is codified into law, and any retaliatory action by management related thereto is strictly prohibited," James continued. "At a time when so many New Yorkers are struggling and are deeply concerned about their safety, this action was also immoral and inhumane. The Office of the Attorney General is considering all legal options, and I am calling on the National Labor Relations Board to investigate this incident.”

Earlier this month, a group of four U.S. senators, including Bernie Sanders I-Vt. and Cory Booker, D-N.J., wrote a letter to Bezos expressing their concern about the health and safety of Amazon warehouse workers. Democratic presidential candidate Sanders has been a vocal critic of Amazon.

New York State and, in particular, New York City, have been the hardest-hit regions in the U.S. as the country grapples with the coronavirus pandemic, though there is evidence the spread of the virus might be slowing, thanks to aggressive actions taken by New York Gov. Andrew Cuomo.