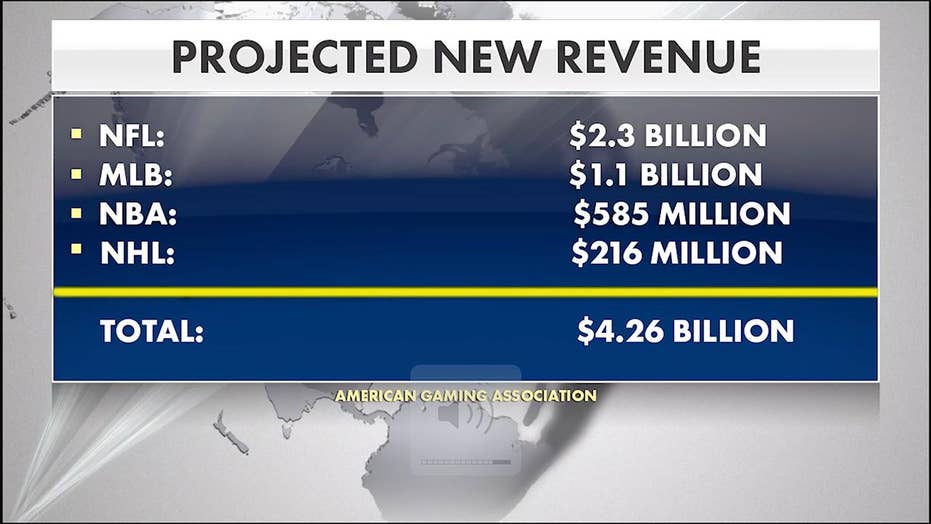 The three-time World Series champion joined Fox News’ Bill Hemmer on his podcast “Hemmer Time” and talked about the growing world of sports gambling and the impact it could have on the sport of baseball.

“I’m pro-gambling on sports. That’s super hard for me to say. I got, like, Pete Rose in the back of my mind,” Leiter told Hemmer, referring to baseball’s all-time leader in hits who was banned from baseball in 1989 for betting on the sport as a manager.

SPORTS ILLUSTRATED MODEL VERONICA VAREKOVA ON HER LOVE FOR AFRICA

But although Leiter supports the changes, he still has concerns.

Leiter, 53, a New Jersey native who played for four MLB teams -- and won World Series rings with the Toronto Blue Jays in 1992 and 1993, and with the then-Florida Marlins in 1997 -- talked about the degree to which gambling was frowned upon during his 18 seasons in the big leagues. (Leiter also played for the New York Mets and New York Yankees.)

“The general manager would come down to the clubhouse and read word-for-word the rule in Major League Baseball ... exactly what you can never, ever do, because it's a death sentence if you were ever caught cheating, gambling on baseball. You know the whole Pete Rose, ‘Shoeless’ Joe [Jackson] thing and they made it very clear, they made it very demonstrative and scary,” Leiter said. (Jackson was a member of the notorious Chicago "Black Sox" squad of 1919, some of whom were banned from baseball on suspicion of having fixed the World Series that year.)

Last year the Supreme Court ruled that states can legalize sports betting. Eight states have since legalized it.

MLB teams this season must notify the commissioner's office of their starting lineup at least 15 minutes before the lineups are announced at the stadium in order to “reduce integrity risks” related to the Supreme Court’s ruling.

Leiter and Hemmer also discussed how easy it is now to place a bet through phone apps and the impact it could have on the fan, as well as Leiter's many other concerns.

“This is where we are, Bill," Leiter said to Hemmer. "And it does concern me. You know, with especially people who have had the propensity to be addictive personality, that this now just opens up a Pandora's box to allow easy betting. We have to put controls in place to make sure that doesn't happen.”

“So this is, and I would argue, an experiment ... and we're gonna see how that works out?” Hemmer asked.

“I think it's going to evolve, it will evolve. We'll have to get greater oversight here,” Leiter responded. “At what point do we have personal responsibility and are you capable of having that? We're people who can't refrain from sex, drugs, alcohol, gambling.”