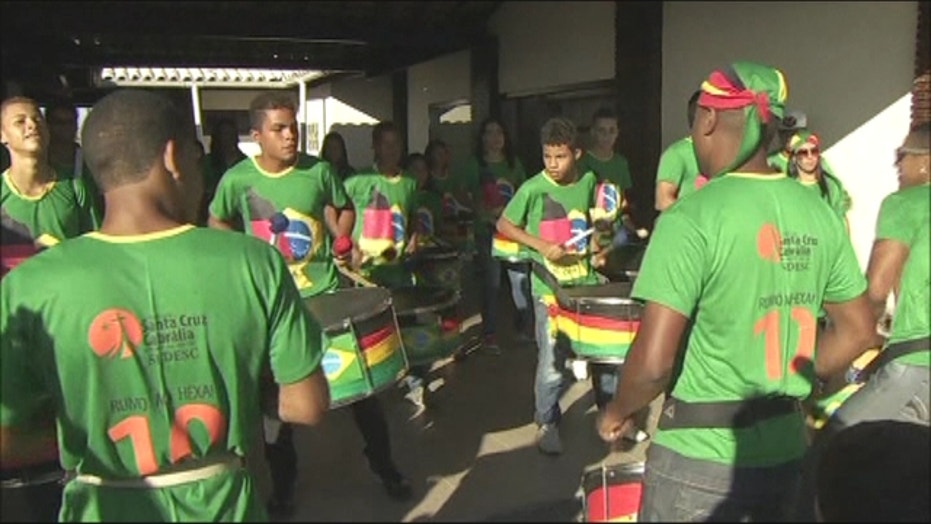 World Cup: Preparations for the Opening Ceremony are marred by strike

Bryan Llenas reports on the final preparations for the opening of the World Cup in Brazil on Thursday, and the transit strike that is threatening to derail them.

SAO PAULO – Even as tourists and die-hard soccer fans begin to descend on Brazil for one of the biggest sporting events in the world, a major transit strike has slowed down the country’s largest city, Sao Paulo, and the site of Thursday’s much-anticipated World Cup opening match between Brazil and Croatia.

The Brazilian government says it has the security situation well in hand, but clashes between striking workers and the police have many people worried about what will happen when the games actually start. The subway strike was suspended until at least Thursday after union members voted on Monday night to temporarily suspend it -- but they threatened to walk off the job again on Thursday, the day of the World Cup opening match, if their demands for higher pay aren't met.

One Sao Paulo resident, Tatiane Brito, told Fox News Latino, “I think that the government has to do something to avoid this chaos affecting the people. We have no other option to be able to work.”

The actions are a severe threat for World Cup fans because the subways in both cities are being counted on as the main way for spectators to get to the stadiums.

Union officials in Sao Paulo met with the state government Monday afternoon but the parties could not come to agreement on the size of a raise for subway workers, who went on strike Thursday and threw already congested traffic into chaos for the country's biggest city.

Sao Paulo union members clashed with police earlier Monday when they tried to hold a rally in a central station in the city. Officers used tear gas and brute force to push the strikers out of the station.

Altino Prazeres, president of the union leading the strike, said almost all of the 8,000 subway employees had been off the job. Marching along with workers on a central street, he said they were not interested in disrupting the World Cup.