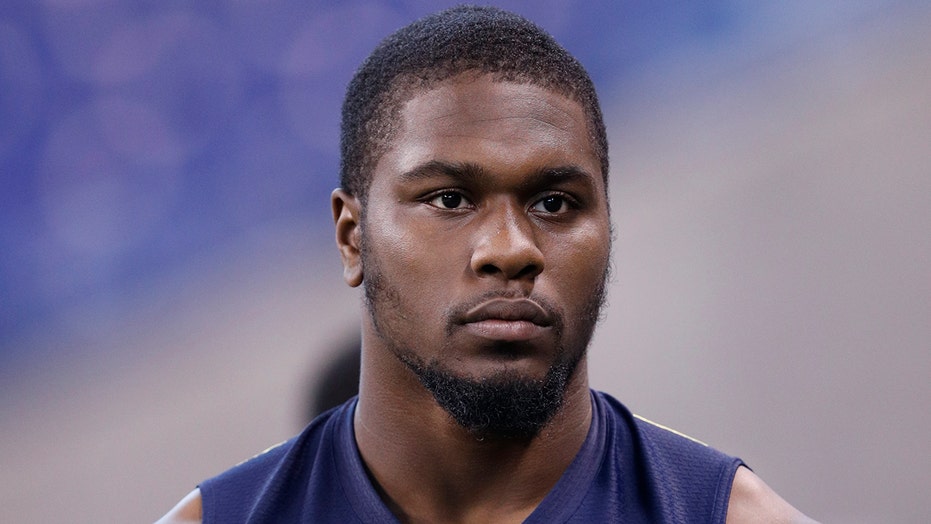 The video, obtained by TMZ Sports, appears to show McDowell, 23, exchanging words with a Lathrup Village police officer outside a local gas station. The officer can be heard repeatedly telling McDowell to “have a seat in your car.”

The free agent and former Michigan State defensive tackle was pulled over after authorities reportedly witnessed his jeep spinning out while speeding.

McDowell can be heard continuing to refuse the officer’s request before eventually getting into the rear seat of the car. He then refuses to provide his license and instead requests to speak to the officer’s “supervisor.”

After a lengthy back-and-forth, McDowell, at 6’6”, stands up and walks into the gas station convenience store while the officer attempts to arrest him.

The two appear to struggle, at which point the officer warns McDowell that he will Taser him if he continues to refuse arrest. McDowell then engages the police officer, appearing to reach for the Taser.

McDowell sits down but refuses to comply with the arresting officer and is eventually hit with the Taser. He pulls the prongs from his chest and can be seen lunging at the officer.The two continue to wrestle as McDowell tries to take down the cop, repeatedly saying “I need a supervisor.”

He appears to take hold of the Taser at one point and the officer is heard saying “drop the gun, drop the Taser.”

Another officer quickly enters and McDowell attempts to grab her gun as well. Three more officers arrive on the scene to subdue McDowell and escort him to a patrol car.

A police report obtained by TMZ stated that officers were issued a warrant to take a blood sample from McDowell although the results of that test were not included. Police did note a “strong odor of intoxicants” coming from him.

McDowell was reportedly charged with two counts of felony assault and resisting arrest, one misdemeanor count of operating while intoxicated and a misdemeanor charge of driving on a suspended license.

The NFL hopeful was drafted by the Seattle Seahawks in the second round of the 2017 draft but was released following an atv accident in July that same year, The Detroit News reported. He was sued by the team for nearly $800,000 after failing to pay back his signing bonus.

He is currently a free agent.