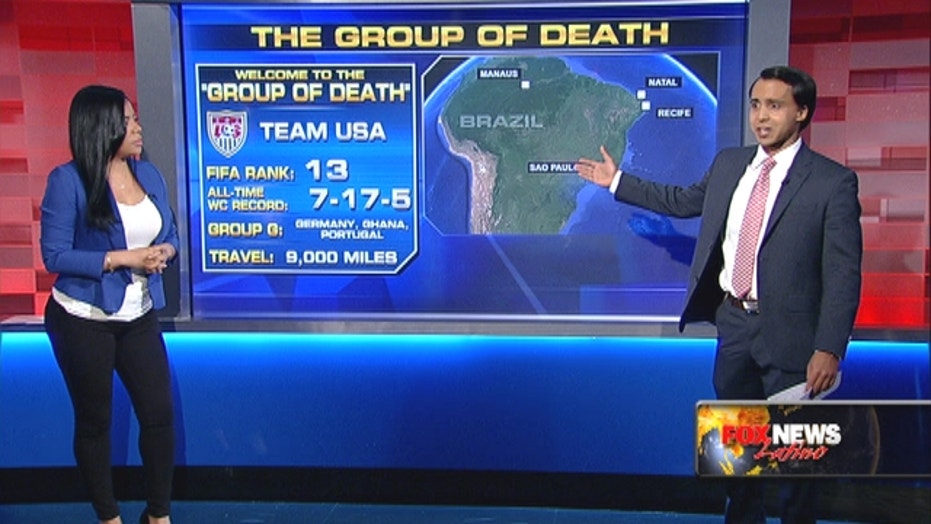 World Cup: Will the USA survive the 'Group of Death'?

For Team USA, the luck of the draw was lousy: Germany, Portugal and Ghana are formidable opponents. Can the U.S. survive?

Coach Jürgen Klinsmann, the former standout German striker, led the United States through World Cup qualifying as the top-ranked nation out of CONCACAF. Instead of landing them in a nice, cushy berth as one of the Cup favorites, however, their reward was a spot in Group G, the so-called “Group of Death” alongside perennial thorn in the U.S. side, Ghana; Portugal, the squad with the world’s reigning greatest player, Cristiano Ronaldo; and Klinsmann’s fatherland which owns three cup titles from before 1994 as West Germany.

Every Cup, fortune contrives to place three or even four legitimate contenders or talented dark horses into the same opening round group. This time around, it proved the U.S.'s turn to run the "Group of Death" gauntlet.

Team USA’s journey through the group stage – which will include nearly 9,000 miles on board airplanes – begins on June 16 in the coastal city of Natal against Ghana.

The U.S. has faced the Black Stars twice in World Cup history, in 2006 and 2010, and both times the African squad sent the Yanks packing. In 2010, Ghana turned in its best World Cup performance, advancing to the quarterfinals after defeating the U.S., 2-1 in overtime, in the Round of 16.

The Black Stars return some of the same key players from that 2010 squad, including the two goal scorers, Kevin-Prince Boateng and Asamoah Gyan. The sole American goal from that match was netted by all-time leading American scorer, Landon Donovan, who was controversially left off the final 23-man roster for the 2014 by Klinsmann.

The next stop for Team USA is the middle of the Amazon rainforest, in Manaus, where they play Portugal on June 22.

That team, of course, features the current FIFA Ballon d’Or winner as the best soccer player in the world, Cristiano Ronaldo. Facing such a prolific, proven goal scorer is sure to put pressure on Omar González, DaMarcus Beasley and the rest of the U.S. back line as well as goalkeeper Tim Howard.

The Americans will be in excellent shape to advance if they have managed a win and a tie and if Germany wins both of its opening matches, having clinched its spot in the Round of 16.

Otherwise, if Team USA travels to Recife to face off with the Germans on June 26 absolutely needing a result, they might be in trouble.

Currently ranked No. 2 in the world by FIFA (Spain being No. 1), Germany has a legitimate shot at winning the Cup. As usual, the core of the team will be made up of Bayern Munich stars like midfielders Bastian Schweinsteiger and Thomas Müller. Toss in Arsenal’s Mesut Ozil and you get potentially one of the most dominant midfields at the Cup.

The U.S. and its star midfielder, Michael Bradley, are sure to have their hands full.

Altogether, the worst possible grouping at this Cup. But if the U.S. manages to survive, the squad's confidence should grow by leaps and bounds – and who knows how far that could carry them?