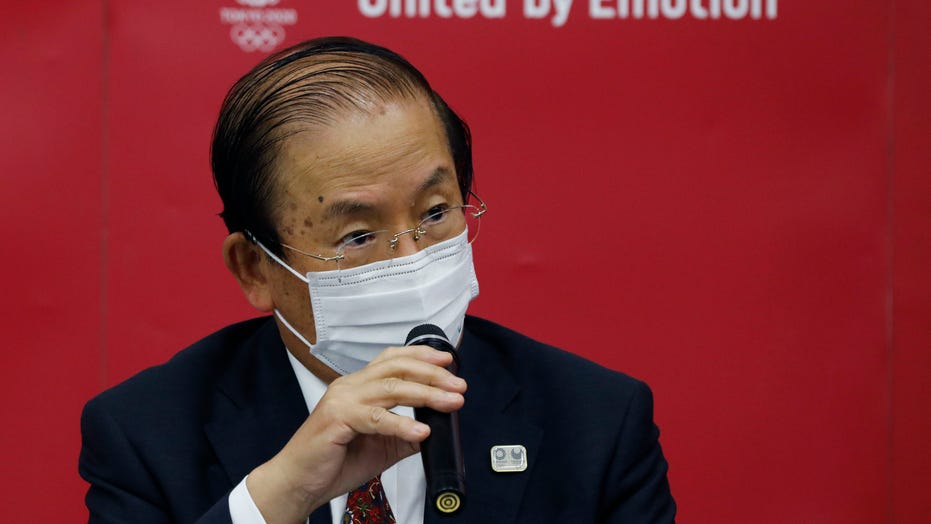 The question of allowing any fans into Tokyo Olympic venues is still being debated with a decision unlikely to be announced before the end of the month.

This would be just a few weeks before the Olympics are to open on July 23. Fans from abroad have already been banned in what is shaping up as a largely made-for-television Olympics.

Tokyo and several prefectures are under a state of emergency until June 20. Infections have slowed recently, but the spread of variants is still a concern that could put pressure on already stressed medical facilities.

Dr. Nobuhiko Okabe, director general of the Kawasaki City Institute for Public Health, suggested on Friday he would lean toward few fans. He spoke on a panel put together by the Tokyo Olympic organizing committee.

"Thinking in a different way, I think it’s an option to suggest to people to enjoy the games on TV — like teleworking," he said. "We could suggest a different way of enjoying the games."

Okabe said it was not just a matter of fans in the venues, but what they do after leaving — heading to bars or restaurants.

"We don’t want people to move much," he said. "That’s our wish as we think about anti-virus measures."

Organizing committee president Seiko Hashimoto originally said she would announce a decision in April about local fans but has repeatedly postponed it.

Ticket sales were to account for $800 million in income for the organizing committee. Much of that will be lost and has to be made up by Japanese government entities.

Japan is officially spending $15.4 billion to run the Olympics, though government audits suggest the figure is much higher. All but $6.7 billion is public money.

The Switzerland-based International Olympic Committee derives almost 75% of its income from selling broadcast rights, which drives the games and the urgency to hold it during a pandemic.

Japan's JiJi Press reported Friday, without citing sources, that Dr. Shigeru Omi would issue a report next week that warns about the risks of having fans. He is a former World Health Organization regional director and a head of a government task force on the virus.

Speaking in a parliamentary session last week, he said "it is crucial that we must not let the Olympics trigger a flow of people."

Hashimoto warned there could be penalties for anyone who breaks strict rules around the Tokyo Games. She did not say what they would be and said this was still under discussion.

The protocol for anyone entering Japan for the Olympics requires frequent testing, limited movement, and monitoring by GPS on smartphones.

This includes everyone from athletes to journalists to staff and other officials working the games.

About 11,000 athletes will attend the Olympics with 4,400 for the Paralympics. Tens of thousands of others will also enter Japan for both events. Organizers say the total figure for both events — athletes included — is about 93,000.

Organizers say that's about half of the original total expected of 180,000.

"In order to get the citizens of Japan to feel secure there are rigid rules that we need to lay out or else," Hashimoto said. "We'd like to avoid having to penalize people but we do need to take thorough measures."