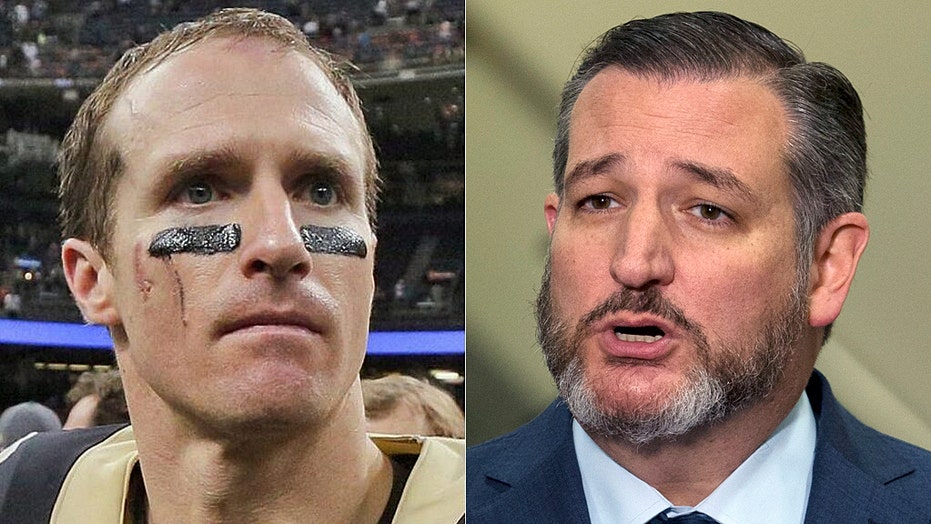 Brees told Yahoo Finance on Wednesday he would never agree with the gesture of kneeling during the national anthem as a form of protest. The New Orleans Saints quarterback was met with backlash among his teammates and other players across the sports world, which led the backpedaling.

Cruz, however, appeared to be upset with Brees’ apology.

“Sadly predictable. Pro sports have become PC speech police, terrified of offending the angry Left. Words you can no longer say in today’s NFL: ‘I pledge allegiance to the flag of the United States of America....,’” Cruz wrote.

In a lengthy Instagram message, Brees said he made comments that were “insensitive and completely missed the mark on what we are facing right now as a country.

“They lacked awareness and any type of compassion or empathy. Instead, those words have become divisive and hurtful and have misled people into believing that somehow I am an enemy. This could not be further from the truth, and is not an accurate reflection of my heart or my character,” he added.

The 41-year-old tried to clarify his stance.

“I stand with the black community in the fight against systemic racial injustice and police brutality and support the creation of real policy change that will make a difference,” he wrote. “I condemn the years of oppression that have taken place throughout our black communities and still exists today.”

He said he acknowledged that he and other Americans have not done enough to fight for equality for African-Americans.

“I recognize that I am part of the solution and can be a leader for the black community in this movement. I will never know what it’s like to be a black man or raise black children in America but I will work every day to put myself in those shoes and fight for what is right,” he added.

“I have ALWAYS been an ally, never an enemy. I am sick about the way my comments were perceived yesterday, but I take full responsibility and accountability. I recognize that I should do less talking and more listening...and when the black community is talking about their pain, we all need to listen.

“For that, I am very sorry and I ask your forgiveness.”