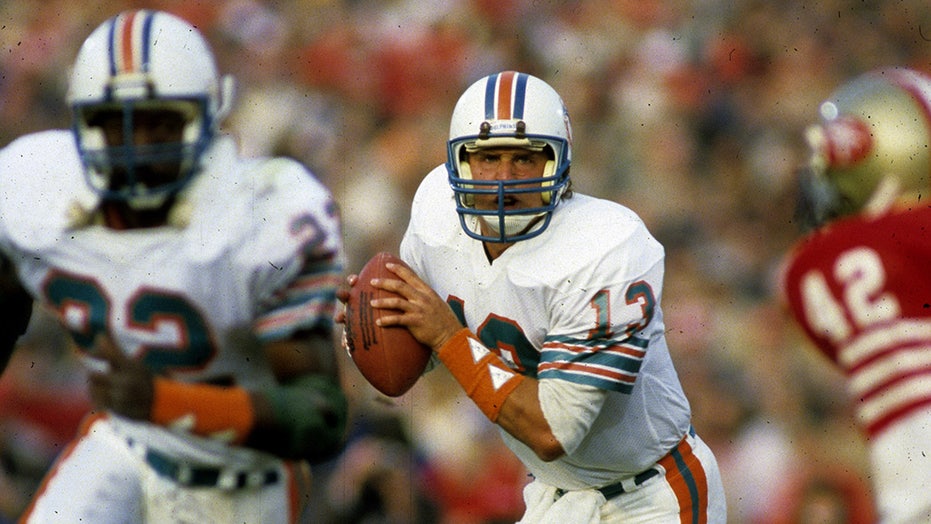 The Kansas City Chiefs snapped a 50-year Super Bowl drought when they defeated the Tennessee Titans for the AFC Championship and will have a matchup with the San Francisco 49ers on Feb. 2.

The Chiefs hadn’t been to the Super Bowl since Super Bowl IV, when the Len Dawson-led team helped Kansas City defeat the Minnesota Vikings, 23-7. Dawson threw a touchdown pass to Otis Taylor in the game. Running back Mike Garrett had a rushing touchdown.

Chiefs coach Hank Stram became the first head coach to get mic’d up for a Super Bowl. His famous wisecracks have been ingrained in the history of the game.

The Niners snap a seven-year Super Bowl drought. They last appeared at Super Bowl XLVII against the Baltimore Ravens. The Colin Kaepernick-led team fell a play short of a win. The Ravens won the game 34-31.

Since the Chiefs snapped their drought, here are some teams who are itching to get back to the Super Bowl or just make the big game for the first time.

Dan Marino was the quarterback the last time the Dolphins appeared in a Super Bowl. (Photo by Rob Brown/Getty Images)

The Miami Dolphins last appeared in a Super Bowl 35 years ago and it was one the franchise would like to forget. The Dan Marino-led team marched through the Seattle Seahawks and the Pittsburgh Steelers in the playoffs before running into the San Francisco 49ers in Super Bowl XIX.

San Francisco led 28-16 at the half and held the Dolphins scoreless in the second half to capture the title. Joe Montana finished with three touchdowns and 331 passing yards in the game. He won the MVP.

Marino was 29-for-50 with 318 passing yards, a touchdown and two interceptions.

Since then, the Dolphins have only made the AFC Championship game twice. They haven’t made the playoffs in three seasons.

The Vikings’ last Super Bowl appearance came in 1977 against the Oakland Raiders. Both teams were tops in their conferences but it was Oakland – coached by John Madden – who got the better of the Vikings in the game.

The Raiders held the Vikings scoreless in the first half and only allowed a total of 14 points throughout Super Bowl XI. Oakland won, 32-14, behind Fred Biletnikoff’s four catches for 79 yards. Ken Stabler finished 12-for-19 with 180 yards and a touchdown pass.

Vikings quarterback Fran Tarkenton had 205 passing yards and a touchdown pass. However, he was also plagued with two interceptions – one to Willie Brown which was returned for a touchdown.

Minnesota has been to six NFC title games since then but hasn’t played the right game to get over that hurdle.

Bernie Kosar was one of the best quarterbacks the Browns have seen in years. (Getty Images)

The Cleveland Browns have never appeared in a Super Bowl and last made any kind of league championship game in 1970. The Browns went up against the Vikings and the winner went on to play in Super Bowl IV. Minnesota got the best of Cleveland in that game, 27-7, and then lost to the Chiefs.

It was the final time the NFL Championship would be played. The NFL and the American Football League would merge the following season, separating the modern NFL into conferences.

Cleveland has made three AFC title games since then but fell short. In the most dramatic loss, Browns lost to the Denver Broncos in the 1986 AFC Championship. John Elway went on what came to be known as “The Drive” to tie the game and force overtime. Denver won the game in overtime.

The Browns have not been to the conference title game since the 1989 season.

The New York Jets have only appeared in one Super Bowl and won it, which may be some solace for fans who have been urging to see their team back in the title game.

Joe Namath and the Jets defeated the Baltimore Colts, 16-7, in Super Bowl III – the first time the NFL vs. AFL game was known as the Super Bowl. Namath famously guaranteed victory and was named Super Bowl MVP despite never throwing a touchdown pass.

Since then, the Jets have made four AFC Championship games but failed to breakthrough. New York made the AFC title game in the 2009 and 2010 seasons and lost both times.

Detroit Lions fans have never seen their team in a Super Bowl. The Lions have been in the NFL since 1930 and have won four NFL Championships. But that was before the league merged with the AFL.

Since the Super Bowl began, the Lions have never won nor have they appeared in the big game. The last time Detroit won any or appeared in any league title was in 1957. Tobin Rote had to start as a quarterback because the team's star Bobby Layne was out with a broken ankle.