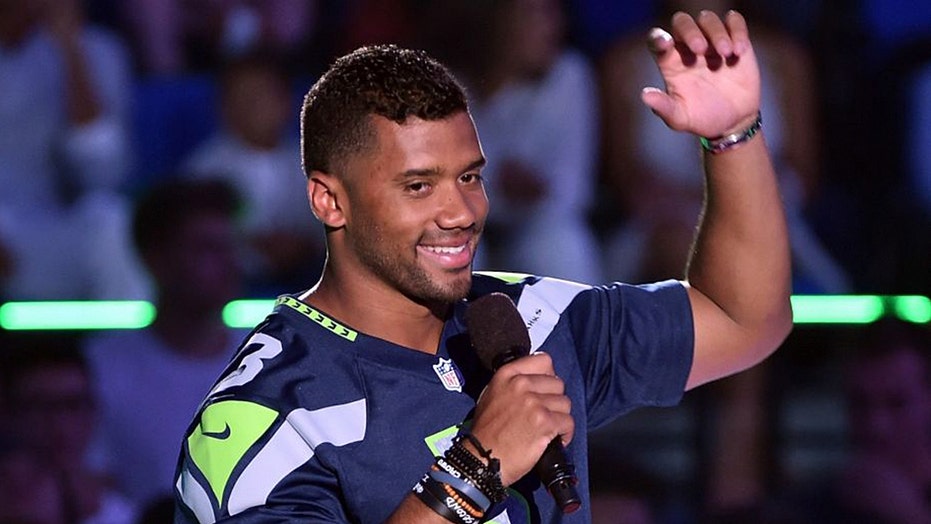 FBN's Ashley Webster on Seattle Seahawks quarterback Russell Wilson giving each member of his offensive line $12,000 worth of Amazon stock.

Russell Wilson is known as a good guy in the NFL, but he says it hasn't always been that way.

The star quarterback for the Seattle Seahawks and outspoken Christian role model said he was once a "bad kid," even a middle school bully until he gave his life to Jesus.

“I was going to church to see the cute girls,” Wilson told Men's Journal. “and then in sixth grade, I had a dream that my dad passed away. And that Sunday, I went to church, and I just start bawling all of sudden. And that’s when my life kind of changed.”

That was when the NFL's highest-paid player surrendered his life to Christ and his faith has since been a guiding light for him.

I've found peace and hope and love and joy in Jesus, and He's the way and the only way

"I've found peace and hope and love and joy in Jesus," Wilson told The Rock Church four years ago in a video testimony. "and He's the way and the only way."

Wilson, who recently became one of the owners of the MLS' Seattle Sounders soccer team alongside his wife Ciara, wasn't shy about the fact that he abstained from sex before marrying the Grammy Award-winning hip hop artist, who has also been vocal about her faith.

The Super Bowl champion, who posts more Bible verses on his timeline than almost anything else, hasn't missed a game since taking the reins in 2012 and Seattle has had a winning record in each season since.

Last season, Wilson threw 35 touchdown passes and had seven interceptions last season, leading the Seahawks to an NFC Wildcard game against the Dallas Cowboys, where they eventually lost. It was a career-high in touchdown passes for Wilson a year after he led the league in the same category.

Whether he wins or loses, one thing is for sure for the father of two, as his Twitter bio states: "I want to Love like Jesus!"