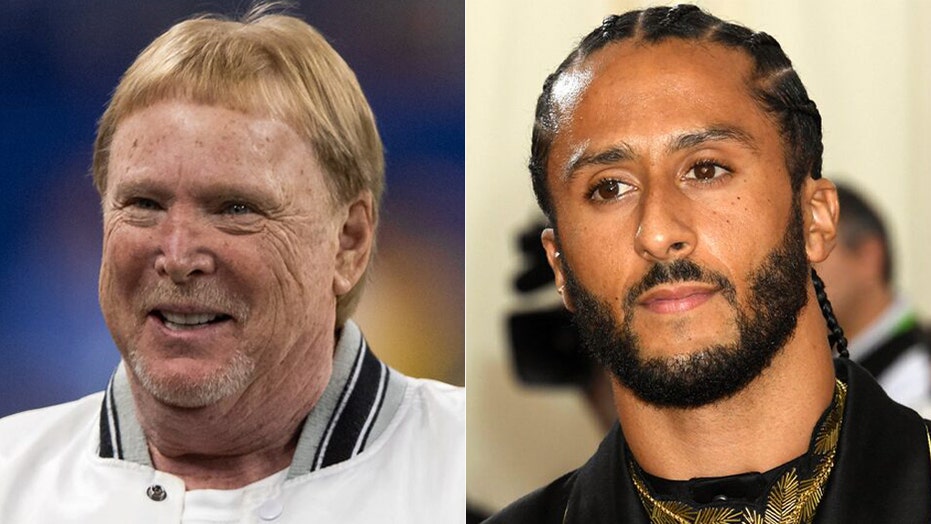 Las Vegas Raiders owner Mark Davis said he’s more than open to the idea of signing Colin Kaepernick, adding he gave his “blessing” to do so back in 2017.

Davis told ESPN Wednesday that he’s been all for signing the former San Francisco 49ers quarterback since he first opted out of his contract following fallout from his protests during the national anthem in 2016.

“Since 2017, I’ve told the coaches and general managers that if they want to hire Colin Kaepernick, they have my blessing," Davis said.

Calls for Kaepernick to make a return came weeks after George Floyd, an unarmed black man, died on May 25 while in the custody of Minneapolis police. Kaepernick hasn’t played an NFL game since the 2016 season, when he started kneeling during the national anthem to protest social injustice and police brutality.

NFL commissioner Roger Goodell said earlier this week that he would  “support” and “encourage” any team to sign Kaepernick.

"Well, listen, if he wants to resume his career in the NFL, then obviously it's gonna take a team to make that decision," Goodell said, according to ESPN. "But I welcome that, support a club making that decision, and encourage them to do that."