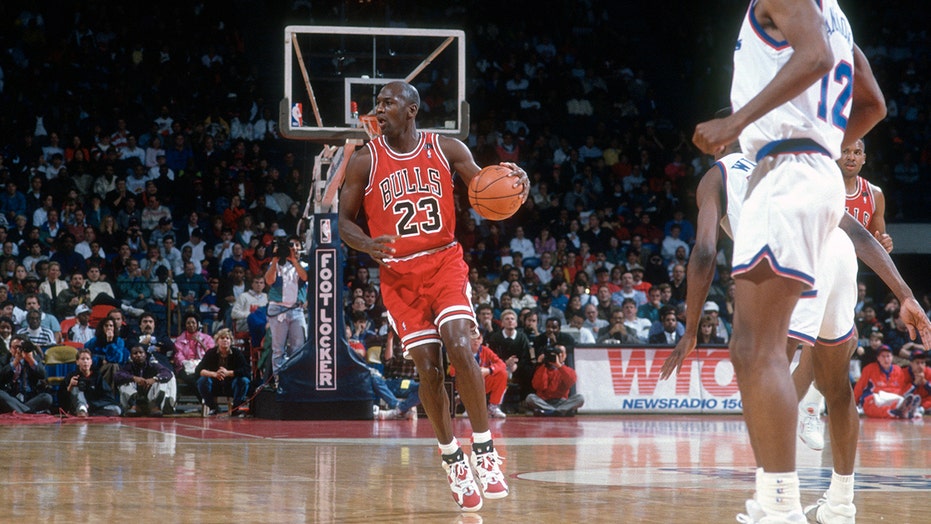 Michael Jordan’s feud with then-Detroit Pistons star Isiah Thomas carried into the 1992 Olympics and even though the former Chicago Bulls great insisted he had nothing to do with keeping the guard off the “Dream Team,” he admitted that his presence would have changed the team.

Jordan was asked about whether he was the one who kept Thomas off the Olympics team, which featured Magic Johnson, Larry Bird, and Scottie Pippen, among others. Jordan denied that it was him.

“You want to attribute it to me, go ahead, and be my guest. But it wasn’t me,” Jordan said during the ESPN documentary.

Jordan and Thomas’ feud dated back to the wars between the Bulls and the Pistons during the late 1980s and early 1990s. Jordan said he respected Thomas as a player and that he was one of the top point guards in basketball.

Michael Jordan was the star of the '92 Olympics. (Photo by Focus on Sport via Getty Images)

“I respect Isiah Thomas’ talent. To me, the best point guard of all-time is Magic Johnson, and right behind him is Isiah Thomas. No matter how much I hate him, I respect his game. Now, it was insinuated that I was asking about him; but I never threw his name in there,” Jordan said.

What Jordan reiterated most about the “Dream Team” was how much he loved the practices and the camaraderie that the team had with each other. Jordan said if Thomas was on the team, things would have been different.

“The Dream Team, based on the environment and the camaraderie that happened on that team, it was the best harmony,” he said. “Would Isiah have made a different feeling on that team? Yes.”

Rod Thorn, who was on the Team USA Selection Committee in 1992, told ESPN last week that he never had a conversation with Jordan about Thomas.

“There was never anything in my conversation with (Jordan) that had to do with Isiah Thomas, period,” Thorn said. “He said, 'I'll do it.' ... Isiah's name never came up during that conversation. And he never backtracked and said he didn't want to do it from that time on, to those of us in the NBA office.

“Now, if that in fact happened, then it happened with somebody else; because when I talked to him, he ended up saying he would definitely do it.”

Thomas had told ESPN he was “hurt” he didn’t make the team.

“I tried to do everything correctly and I thought I should’ve made the Dream Team,” Thomas said. “However, I wasn’t a part of it, that hurt me. And looking back, if I’m not a part of the Dream Team because of a lapse of emotion in terms of not shaking someone’s hand, if that’s the reason why I didn’t make the Dream Team, then I am more disappointed today than I was back then when I wasn’t selected.”