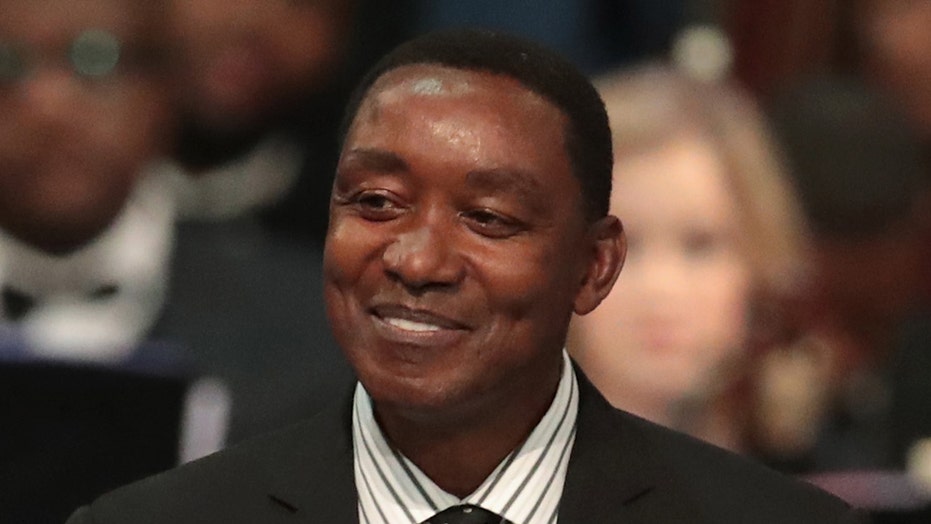 Hall of Famer Isiah Thomas went up against some all-time greats during his NBA career.

During a recent interview with CBS Sports, Thomas, who played for the Detroit Pistons from 1981-94, was asked to list the five greatest players that he ever competed against, and his rankings may make you think that his bitterness towards Chicago Bulls legend Michael Jordan still lives on.

Isiah Thomas #11 of the Detroit Pistons during an NBA basketball game in 1982 at The Capital Centre in Landover, Maryland. Thomas played for the Pistons from 1981-94. (Photo by Focus on Sport/Getty Images)

Jordan, who is considered the greatest basketball player in league history, finished fourth on Thomas’ list. He had Kareem Abdul-Jabbar, Larry Bird and Magic Johnson ranked ahead of Jordan, with Julius Erving finishing fifth.

"When you put Jordan and his basketball team in the '80s, they weren't a very successful team," Thomas told CBS Sports. "They just weren't. When you talk about Jordan and his team dominating, they dominated the '90s. But when you put him with those Lakers teams and those Pistons teams and those Celtics teams, they all beat him. They just did. ... What separated Jordan from all of us was he was the first one to three-peat. But he didn't three-peat against Magic, Larry and Dr. J."

The history between Thomas’ “Bad Boy” Pistons and Jordan’s Bulls in the late ‘80s and early ‘90s has been reiterated in ESPN’s new 10-part series called, “The Last Dance.” Episodes three and four of the series, which aired last Sunday, focused on the battles between the Pistons and Bulls, and how Jordan, Scottie Pippen, and company needed to overcome their archrivals in order to win championships.

The documentary also talked about how the Pistons were physical on the basketball court when playing against Jordan and the Bulls, and after Chicago finally took down the Pistons in the 1991 Eastern Conference finals, Thomas and his teammates showed no sportsmanship, as they refused to shake hands with Bulls’ players after the game.

"I hated them," Jordan said of the Pistons in documentary. "And that hate carries even to this day."